got my introduction to this thing called TT&TO on a trip to Chicago to run at some model train operations event. Was sitting in the hotel lobby chatting with some guy. He asked me what I was modeling. Southern Pacific, the 1950s, Central California. I was figuring I’d use warrants.

I didn’t. When he came back to the hotel that evening for the later op session, he brought back a sixty page document explaining what TT&TO (Time Table and Train Order) was. Since I was on the board to attend to his TT&TO session the next day, I read the entire thing up in my room that evening and got religion.

You see, TT&TO is the method of running trains before full signaling systems, radios and even cell phones were in play. It’s the method dispatchers used (for a hundred years) to dictate orders to station operators who passed them to trains. The trains used their own rulebook knowledge, their timetables and their hooped up orders to make it across the railroad (at night, against unknown trains, stuff that corporate America can’t do without daily staff meetings).

So a friend loaned me 19 East, Copy Three to read . And while I thought I understood TT&TO, when I went through this I realized how much I didn’t know. For example, what is up with that title? What does it mean? I’d never heard that phrase before.

Okay, one thing to make clear – and this is my only frown at the book – you can’t just hand it to newbies, have them read through and understand. Originally the sections of the effort came from the Operations Special Interest Group (an online and published effort to discuss everything there is to know about train control). What introduction there was wouldn’t have covered it with people without an understanding of the basics. 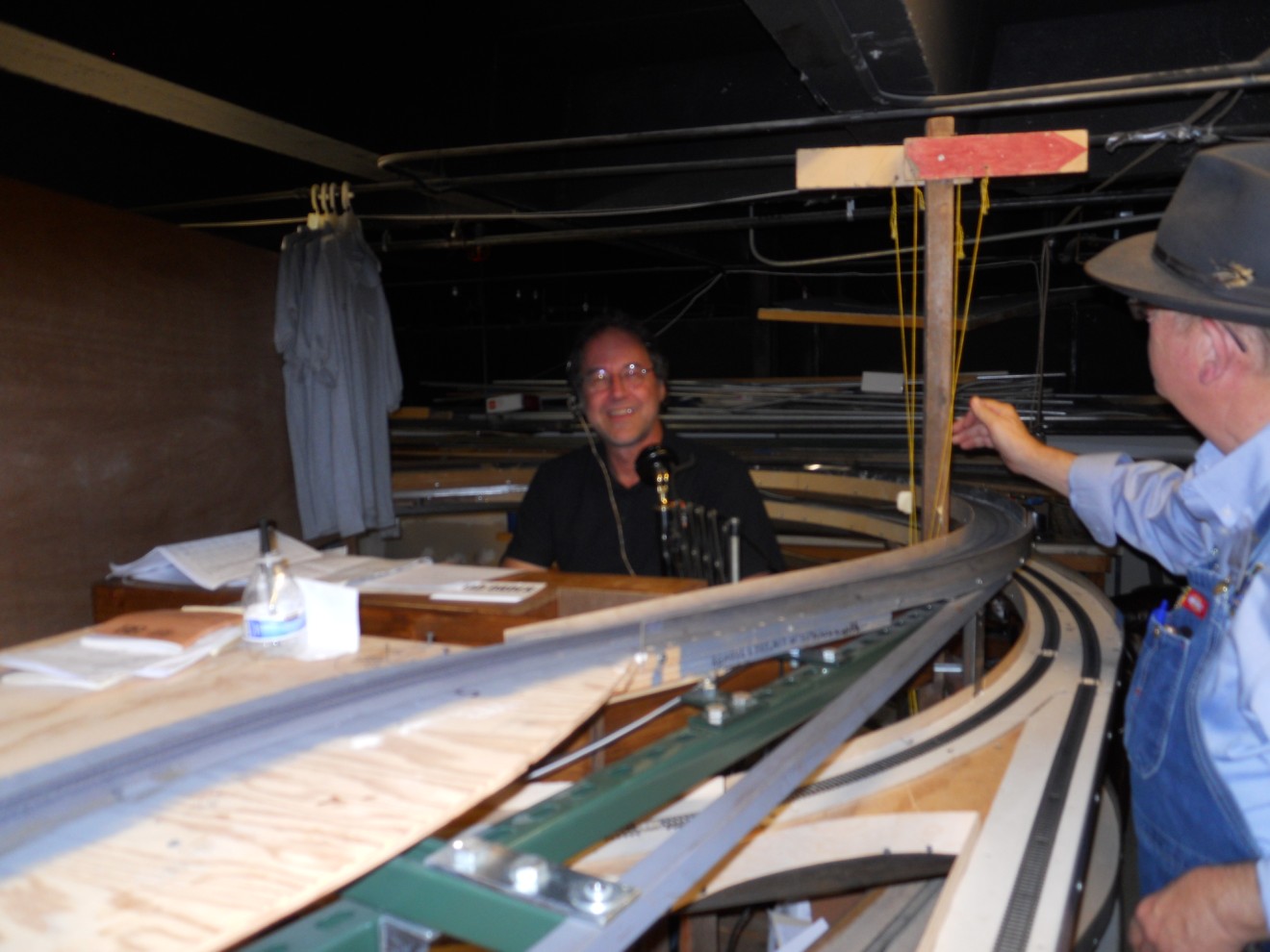 However, for people like me who have run under this system (and even operated at the sprawling TT&TO annul session at La Mesa (see photo)), it really was an eye-opener. Authors Sprau and King discuss many of the elements of dispatching. For example, now I know what an “X” order is, and what is the difference between a form 19 and 31 (for 19’s, the order can be hooped up. For 31’s, the train has to stop). It gets into the finer points of why railroads run like they did, and every rule and every fact, you know deep in the back of your mind, is there because someone got their silly ass killed doing/reading/understanding something wrong. You just read these things and nod, thinking I see.

The work is backed with many many illustrations of the various forms, many of them in “used” status, likely written by chain-smoking dispatchers eighty years ago. There are also a number of photos of various sessions, of trains meeting, of them picking up their orders, of dispatcher desks, of damn-near everything.

So that’s it. If you don’t know anything about TT&TO, you’d better hook a ride with an experienced crew at a local session. Once you have a good idea of the basics of this art, check out this book for more of the gritty details. Lives, even if they are only pretend ones, are in the balance.

>>>WHEN NOT RUNNING TRAINS AND LOOKING AT STARS, I’M WRITING. HERE’S SOME OF MY PUBLISHED BOOKS FOR SALE, ALL SORTS OF ANCIENT HISTORY STUFF. HAVE A LOOK. AND YOU DON’T EVEN NEED TO CHECK YOUR PAPERWORK OR THE STATION REGISTER BEFORE RUNNING DOWN THIS LINK!<<<

Answer on title: “19 East, Copy Three” is a call from the dispatcher to a station operator, telling him to get three copies of form 19 (i.e. hoop-up orders) ready, with all that carbon paper in place. Since it’s “East”, he should also be setting the eastward station order signal to yellow.

Post-script disclosure – The guy in Chicago I’d talked to was Steve King, one of the authors of this book. So maybe I’m biased. Or maybe I’m biased becuase at Tehacapi a couple of years ago, I chickened into a siding with helpers and decided not to run under tight time to Caliente and got chewed out by same (who was dispatching, and whose railroad I bogged). So, yeah, just so you know.