t was a long weekend of work on the Tuscarora Branch Line. After building the layout last week and staining the frame (over the weekend), I got track mounted on it, carefully including my feeder sections. A lot of effort here to get the track flat and make sure the turnouts still worked (my first go, I dislodged one of the wires). So tonight Steve Raiford and I soldered the feeders to a single terminal strip, in preparation for connecting up the booster.

We were about done when a routine currency check noted that he had a short somewhere. Steve was convinced that I’d somehow gotten feeders bassakwards somewhere (and since i used one hole rather than my customary two, we couldn’t tell from underneath if I’d managed to reverse a set or not). Me, I have imagination and dreaded that somehow my arrangement was screwed up somehow – that a switch was shorting, that we hadn’t seen something blindingly obvious, and that I was going to be stripping up track with a putty knife any moment.

But Steve was running with logic, not panicked imagination. There are fourteen feeder tracks. However, most of them are on curves – as long as the wires had been soldered correctly, I couldn’t get that reversed. But straight sections could easily go in backwards. So we dropped all the straight tracks and suddenly, with a little guesswork, we located the incorrect section. It was in the place where I have all those turnouts in Tuscarora, and I’d had to assemble it several times to get them all to lay flat. So assuming I was fussing with the central turnout area for over an hour, when I finally got it fixed I just snapped the feeder sections in without a thought to polarity. 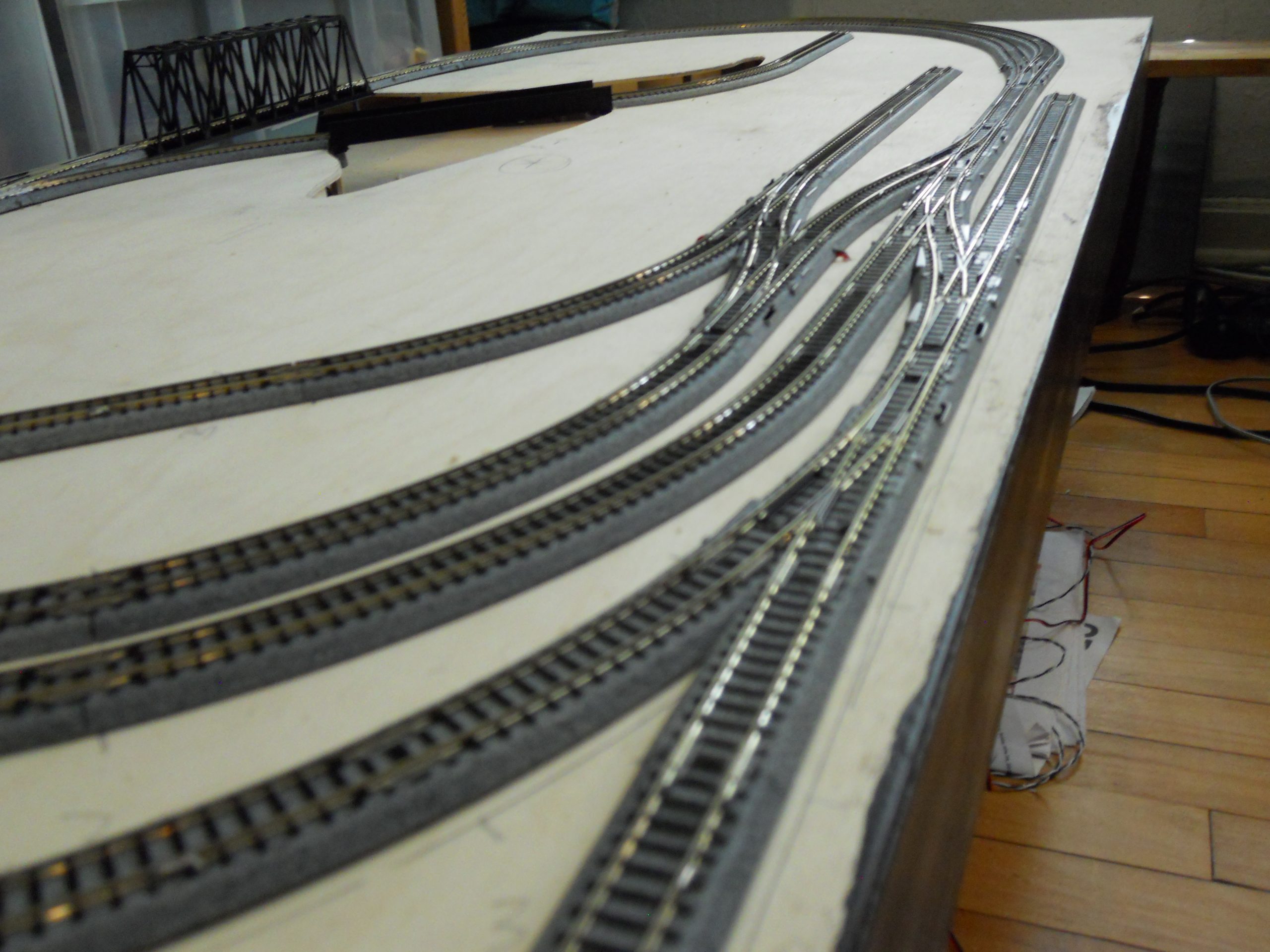 Once we snipped the wire and reversed the stretch to the terminal strip, all was well. Wednesday we’ll probably be test running trains on it. Big step. Here we go.

We might be running pseudo-ops within a week or so. Once I test basic train runs, I think we’re good to go. I’ve already designed a scheduled-train timetable.