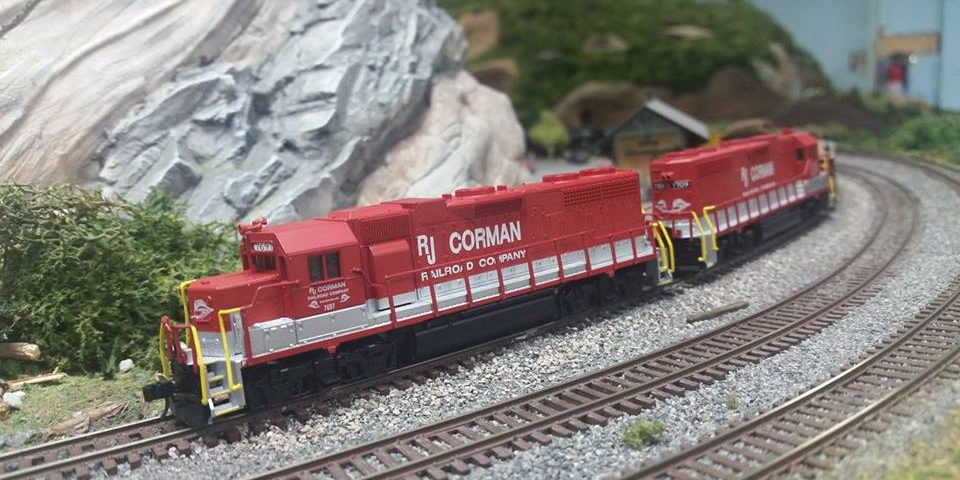 ’ve gassed long and loud about all the physical improvements across the division (Calypso Yard, Martin Yard, the Zanesville alignments). I’ve also talked about our increasing membership and how new (and returned) club members are filling our ranks. What I haven’t mentioned is how everyone is expanding their roles on the pike.

This session, I was really happy with seeing members pushing their abilities and learning new things. Bruce (after getting slugged down in Mingo a few months ago) rattled out of the yard with the Mingo cut again, off to slay dragons. Both Dwaine and Craig rose from the figurative dead to pick up ops after several years away – I didn’t even know they were out running without conductors (i.e. guides) until Dwaine went past me on a passenger train (with pretty Santa Fe F’s on the head end, all flashing yellow and silver (you drab N&S guys could learn something here)). Loved seeing Craig try to take Harris Glen with a drag freight behind a steam engine (with helpers assisting helpers) (yes, we run LONG freights now). Even Doc was back, still raw-new but actually conducting for a guy even rawer, running a train that was almost more engines than cuts. Cool. But everyone was moving up in the ranks, leaving people like Sparky and me to run the dustup jobs (the little runs that move stuff off-the-timetable from point A to B).

To wit: I found myself on the tip end of a bunch of coal cars in Carbon Hill, my two SD-7s so unsuited for the task that I had to pull them out in sections (my request to the tired dispatcher were met with confusion, so I just got some “use all track” paperwork and did it anyway). Once I got both cuts out, I rumbled over to Weirton, one of the nicest-sceniced and little-used areas) where I spotted everything on the coal docks. Then I drove over to Martin Yard to pick up the last of the racks (the cars now unloaded) and moved them back (under new management – see below) to the GM plant. There, I found another cut that Bill had left me (plugging the industrial track – Sparky, put yer toys away next time). So I finished my night pushing racks up in groups of three, spotting them into the plant, so nice with those new turnouts and new panel. All done.

Back on the topic of new blood – Cody’s been asking for a shot at the DS board for a time so we agreed that if he ran on the road in the AM, he could learn the trade from Bob (the dispatcher this time) in the PM. Well, Bob sounded exhausted (as exhausted as a man who’s been welding in a hot shop all day can). We were on a 45rpm railroad, listening to orders dictated at 33rpm (google it, kiddies). Apparently, and as I heard it, Cody’s familiarization at the desk was one warrant before being left (like a baby on a doorstep) by Bob. That’s it – throw him in the river to see if he could swim. But not only did Cody work it just fine (having practiced with the DS software the week before (thank God)), but he actually complained that all the traffic was westbounds and he didn’t get any real meets to set up. So, yes, good for him – looks like I’ll running in the cab more in the future.

And as if my position of skill (i.e. head office) could not be made any more tenuous, a limping bruised Crash (formerly known as Bad) dragged in after the session finished, noting that he’d like a shot at the panel as well. So now I see if this DS job gets poached (i.e. people signing up a month early). Look for more on-the-road reporting from me.

Overall, a great session from guys who’d already run the layout with a million guests twice earlier this month. 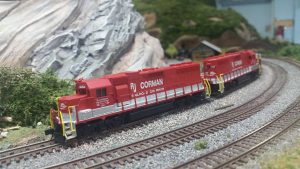