It’s always a little shocking when your best friend turns on you. 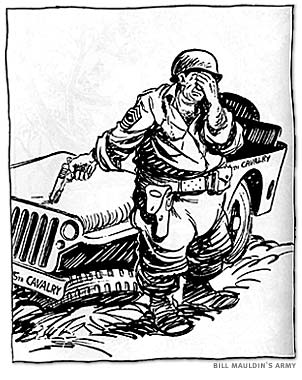 Look, I know (intellectually) my car isn’t alive. But my yellow Volkswagon beetle (with its black bee’s-knees fender plates) is known about town. I’ve driven it for a decade now. People see it, they recognize it. There is even a miniature of it (with bee’s-knees) on the train club layout.

It harks back to my college days, to my first rattle-trap beetle (also yellow). I crossed the country in that car, slept in it, lived in it. Perched on its fender, I had my first kiss. I might have still had it if it hadn’t been totaled in a seven-car pile-up (looked like Kursk, all those wrecked cars).

I knew it was getting old. I knew that the door interiors were chemically changing, getting sticky, cracking. But my first surprise came last week when I tried to close the door while inside and the handle ripped off (tearing off half the door in the process). I couldn’t tear off the rest (the buttons were still wired) so I had to drive around with this slab of sticky plastic almost in my lap until the parts came in.

Worse, evidently one of those wires got pinched in the door. The next thing I knew, the interior lights, the windows, the moon roof, the mirror adjustment, the keyless entry, the spoiler, all these things failed. It was like 12 O’clock high and my B-17 was shot to pieces.

So this week my car and I were on the outs. I thought it was petty for it to turn on me this way, right before Christmas. Whenever I could bike to work I would, not because of the reasons I gave over on my bike blog but because we weren’t speaking. Yes, I know it’s an inanimate object, but we were friends, dammit!

Anyway, parts came in Friday, and they managed to fix it Saturday. The dealer was open Sunday so we went in to pick it up. Silently, not knowing what to say, I approached it and key-fobbed the door. Got in. Where the old interior was grey and tacky, it is now black and new. It really looks good, as good as Ernest Kessler’s triplane (Great Waldo Pepper). I set the seat, checked the mirrors, the moon roof, all that. The tuned engine purred around me. The radio crooned a turn I liked. I put it into gear, slid out of the lot and its 150 turbocharged horses accelerated us crisply into traffic.

A car is just an inanimate object.

But all is forgiven.