The world is full of ugly things. Ugly buildings. Ugly people. Ugly streets. Ugly cars. But if you look close, sometimes you can see beauty.

I think the most beautiful thing on a bike is the chain system that works the rear-hub gearing. As intricate and unlikely as a wasp’s wing or the human knee, it clicks and clatters through the ride. In the morning, it’s the first sound I make on the street, the crisp chick-chick of the gearing as my speed climbs and I go into that first curve. Like a formula one race driver, I have most of my shifts figured out over the long years of riding this route, clicking up as I descend the Merritt Park hill, a single downclick as I brake/roll through the stop at the bottom, a click up as I top the bridge just behind.

Each stoplight is two clicks down. As I bear away, it’s two clicks up. If I’ve got a headwind, the clicks are just lower on the gearing.

A bike is an elegant tool, one of the most amazing personal transportation devices known to man. It is sleek and elegant, without a pound wasted or a drag-item introduced. If anything is imperfect, it’s the meat on top.

No, we don’t have cubholders or Corinthian leather. But we have form and function by the boodles. 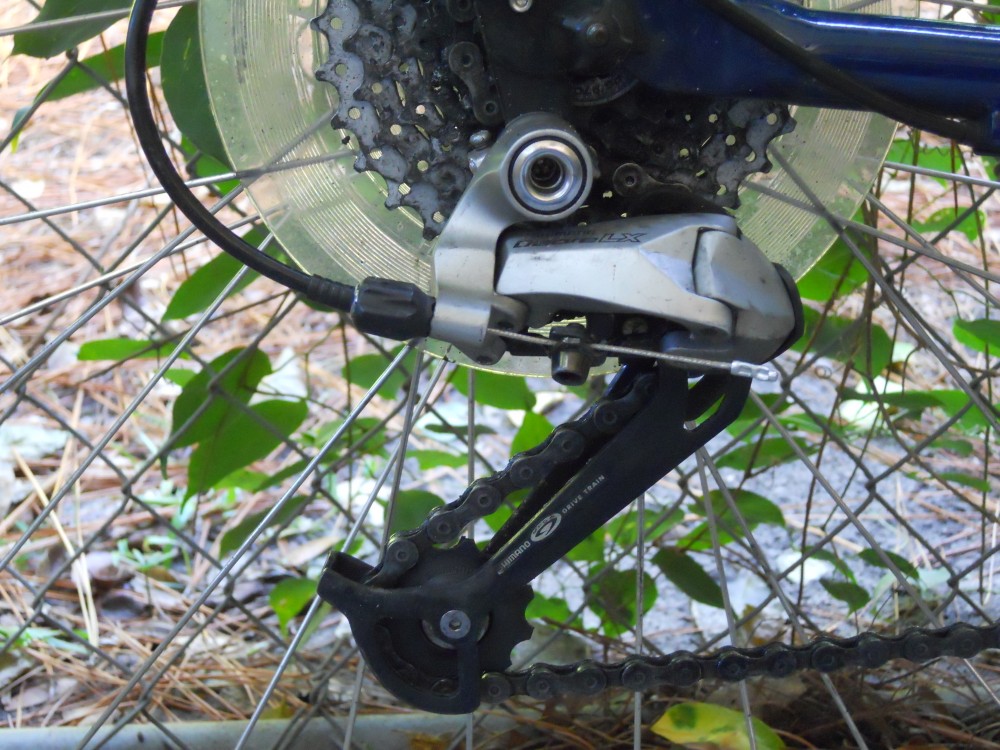