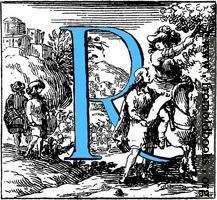 ecently I rode a bike the length and back of the Van Fleet Trail in Florida, sixty total miles of arrow-straight trail through thick Florida swamps. In the end, I barely made it, coasting over the finish line to collapse in a crumpled heap on a bench.

The novel is told in the whimsical, wandering form of Ulysses, a tale of an ex-con (Franz Biberkopf), released back onto the streets of Berlin in 1928. He makes a go at being honest, really tries by selling newspapers, shoelaces, and joining the Merchant’s Union. However, like a ferret in a back tub, he keeps backsliding into crime. He begins by doing odd jobs, little rip-offs and capers. He becomes a pimp. He falls in with low company. And then, reluctantly, he goes along as a lookout on a job that goes south. There is an escape by car, another in pursuit. And to slow down the pursers, his “good friend” Rinehold shoves him out the door and into the path of the following car. And from then, the story gets bleaker. His injuries are staggering, nobody knows where he is, his love pines for him and then moves on, and his life sinks into shit.

So much of the novel after this is Franz attempting to make sense of the people around him, the people he supports and sacrifices for, the same people who screw him. Never does he turn on someone (other than his girl, whom he beats, and his ex-wife, whom he indirectly killed five years before (hence that prison term)). No, for his buddies, he is a stand-up guy (though they still don’t trust him and stand ready to screw him again if necessary. And on his terrible life of his goes until it takes him (literally) to Death’s door. In the end, we get a moralistic wrap up; Franz picks up the life he should have had when released from prison, a simple life of a doorman, the life he was meant for.

I think. Hard to say. Modern literature is tough to wade through on your own.

Overall I liked it. It took me a month to complete it (small type, 387 pages) and I’ve got to take it back to the library when I’m done with this review to avoid late charges. I’ve said elsewhere that I was lured into this book when a Sunrail station-lady I knew told me of a passenger she talks books with who had this title tattooed across her chest. Okay, I don’t know if I liked it that much but I’m glad I read it. A challenge for the better readers out there.

>>>OR THERE ARE MY HISTORIC FICTIONS HERE! FOLLOW THIS LINK!<<<