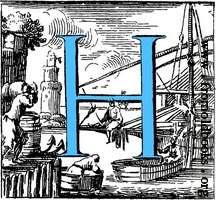 ow crazy design can be.

Steve Raiford (my chief designer and wet blanket) and I have been going round and round about my upcoming Tuscarora Branch Line. We want it to do this, we want it to do that. Pretty involved for a small 2X4 foot layout with one passing siding. Now it’s got coal loads-in/loads-out, Pennsy signaling, a real coal-hauler look and feel.

And then we started talking about the simple panel to drive it.

Originally, of course, the old stand-by, toggle switches. Then we figured what would really be cool is if we lined the toggles above the map, gave them lever extenders, made them look like an interlocking. There was an innocent question about dwarf signals (from industrial trackage) and should they be controlled by the panel or the turnout setting. We chatted about this at the club, I posted a question to the ops-sig group. I settled down to sleep. And then I was bolt upright in bed, leaping for the computer, working out an idea. Apparently Steve, on the other side of town, had similar thoughts and was up to similar hours.

So let’s review my layout. Turnouts are numbers (for now), signals are letters, and dwarf signals are D-letters. 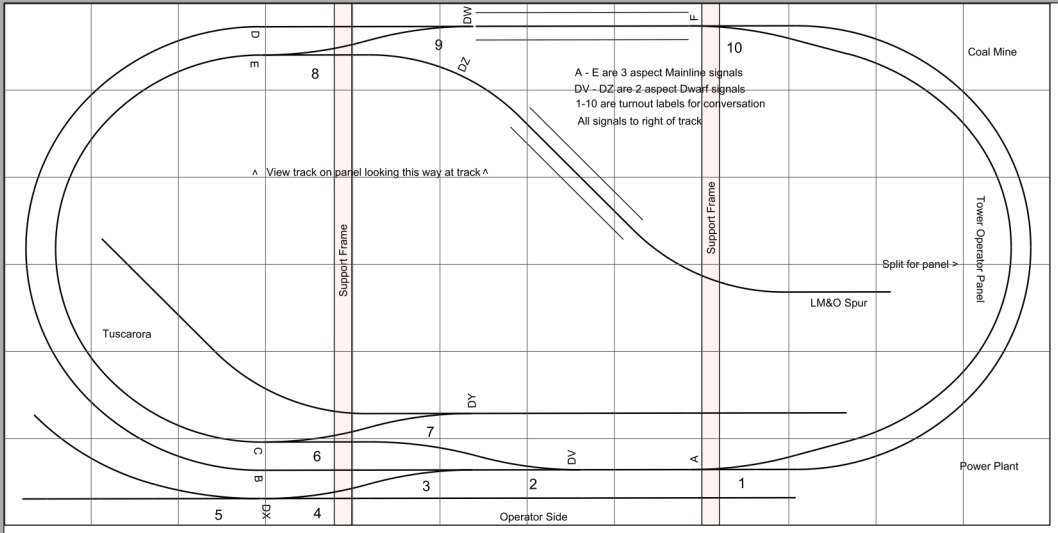 So, If I have a train at the coal mine (upper right corner) and I want to pass him through the interlocking, I’d throw the outer locking lever (black) to give me access to all those controls. Then I’d set turnouts (none need to be set in this case, since switches remain in the normal position). Then I’d pull down the levers for signals B, DW, and F (that would be the best order, otherwise your F signal will show caution (since DW would still be red)). You should always work backwards from destination to origin when setting signals.

So what if I throw an opposing signals instead, like after DW, I pull D. Or I throw turnout 6? In that case, you fault. In real life, the panel would lock you out of that throw. For us, a light on the panel (that everyone can see) goes off. And a buzzer (that everyone can hear) also goes off. So you want to not make any mistakes, otherwise you fault and shame falls on your house.

In our earlier case, after the train leaves the interlocking plant (runs into the power plant) you need to reset the panel. First, reset the signals (good practice will be to drop them as they train clears them. Then relock the outer loop path. If you relock without ALL levers for that path forward, you fault. BUZZ!

So let’s look at a more difficult scenario. An empty coal train (from the power plant) comes into Tuscarora on the main. The engine is stopped at signal D and needs to run around. The panel is currently locked. How would you get the engine to the back of the train (lower left on the map)?

So, first. Pull the black outer lock lever. Pull signal D to clear the uncoupled engine through turnout 9. Once he clears, signal D goes forward, then the outer lever lock.

Now, the fun one. Pull the inner lock lever. Throw 9 (which does 8 automatically). Throw 2. Then set signals C and DW. As the train rolls forward past them, close each signal. Once the engine is past turnout 2, push levers for 9 and 2 forward, then the inner path lock.

Then pull the outer path lock again. Set signals for D and DV (and turnout 10, to line the empties into their proper track at the mine). Forward DV and D as the train clears. You don’t really need to reset turnout 10 – that won’t have fault logic, being technically out of the plant. Then forward the outer lock lever and you’re good.

Yes, on the Tuscarora Branch Line, the tower operator is going to be a very busy job!