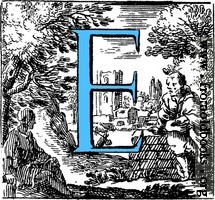 ven though I model the Southern Pacific in the Central California Valley, I’ve been thinking of making a smaller “fun” layout, one I can fire up casually and run without trouble. You can see more about that decision (and the plans) HERE. But in a nutshell, I’m moving my action to Western Pennsylvania (in the made-up town of Tuscarora). I’m going to be running a very short line with coal getting hauled to a powerplant, with local switching and even a tower operator (big plans for a small space). So we’ll see how this comes out.

While picking up preliminary supplies at the local hobby shop, I found a book titled The Model Railroader’s Guide to Coal Railroading. Looked like an interesting railroad book chock fulla pictures and details about the various sorts of coal hauling, through the ages and across the country. Sure, it’s always good to have some idea (outside of vague imagery) to go on.

But it’s a very good book. I’ve run trains with Author Tony Koester (I don’t think he knows me from Adam) and he’s a methodical guy in writing as well as operating. He starts with an old Trains Magazine article about tracking two coal cars for ninety hours of service. Then he explains how coal comes to be, the types of coal, the mines and shafts needed for each type, and the railroads (by regions) that moved it.

I really enjoyed this – and it served its purpose in that it gave me several ideas to work with that I would never have considered. For example, the little shanties that the workers lived in, white-washed (or even unpainted) houses jammed in their little rows – what I neat thing that I might be able to squeeze in. And for that siding that has zero space for any industry – just put a chain link fence up between it and the main line, throw coal all over the place, and you’ve got yourself a brickswork (which could take in boxcars to ship out bricks and an occasional coal car to power the plant). There were a lot of other information beyond the written word – the color of the ballast the railroads used, the cut of the strata, the look of the rivers. Yes, a very handy book.

All I can say is that finding this book now (before I started) was better than finding it then (after I’d finished). I’ve got all sort of great plans now.

>>>AND IF YOU WANT TO MODEL THE ANCIENT CITY OF TYRE, CHECK OUT MY NOVELS HERE<<<