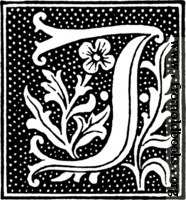 ust like everyone else, I’ve seen the movie. But if you haven’t, Contact is about a driven young woman, Elenore Arroway, who loses her father and, indirectly because of his teachings, becomes and astrophysicist. Too driven for any sort of real life, she finds herself running a part of the SETI program (the search for extraterrestrial life). And wouldn’t you know (hey, it’s fiction – can’t have it any other way) that she’s on duty and present when a clear alien message comes in. Happily, they find out that it’s a coded picture. Unhappily, they find out it’s one of the Earth’s first messages beamed to space, that being Adolph Hitler. Through the book, Arroway and her team work to figure out the message within the message, an internal structure that seems like some sort of… book. Eventually working the decoding of that (it’s fun to play along at home), they eventually figure out the translation and from there, the plans for a massive machine with five chairs that, presumably, moves five lucky riders to… somewhere.

Long story short – Arroway gets to go. What she finds is amazing and moving. What she finds when she gets home is not-so-good, a massive coverup to what the five saw (essentially the history of the universe). Her enthusiasm blunted, Arroway can only think about the world-changer proof would be. If only she could prove what she saw (which loops back neatly to the theological angle on the book).

Unlike the movie with its missing information on the video tape (which always felt kinda obvious), Carl Sagan’s ending is a real gotcha, a spooky, weird and frankly novel idea how whoever it was who started the universe could leave us a message, a proof of His existence.

Yeah, the movie was nice, but the book is always better.

So I strongly recommend this one. You can probably get it cheap if you come acrost it at a used bookstore (as I did). Worth flipping the pages of this one.

>>>AS ARE MINE, WHICH YOU CAN BUY NEATLY AND CHEAPLY DOWN THIS LINK<<<