I’m getting rid of my little yellow bug. 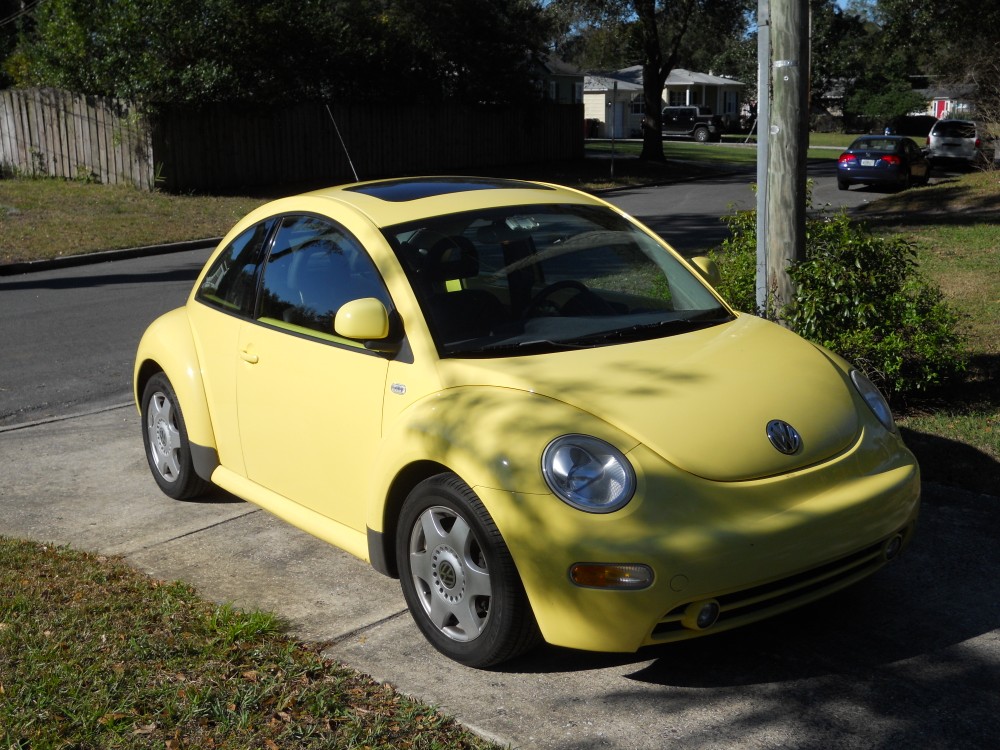 I loved that car. Got it back in 2000, back when they were new and different. When we drove up through Georgia, people came out of the service station to gawk at it. I was the coolest uncle ever. On the road it handled well, and after all these years the controls feel as comfortable to me as the hilt of a samurai’s sword. My fingers know where everything is. No fumbling. Second nature.

But over the recent years the relationship soured. There was the fact that even though that car spends 99% of the time in the shade (carport or parking garage) the plastic interior broke down, turning as sticky as Barton Fink’s hotel wallpaper and pulling free in chunks. And the falling headliner. And then this year, a massive number of repairs (including a dealership who put me on the side of the road three times, once with a car fire).

And then there is the green angle. Since 2000, this entire climate change thing has picked up speed. Regardless of me liking this car or not, it only gets 27mpg (in freefall, I think) and I need to do better. So I’ve looked around and think I found what I want. Details to follow.

The interesting thing is my feelings for this thing of metal. I’m actually feeling the same way one does with an ailing pet. I’m not riding the bike in this week – I want to spend as much time as possible in my punch buggy. My feelings range from melancholy to guilt. And this is for a car, a thing of metal.

Funny thing is that I talked to my southern truck-owner friend who replaced his truck with an even bigger truck a few years back (no comment). He’s a blunt fellow, as level and solid as a plank, and even he said that he felt that way when he sold the old one. I’ve only had three cars in my life and each one I part with in sorrow.

Then again, I think the new car will be even better. So I’ll even freak out more when it goes to that great dealer lot in the sky.

>>>I DIDN’T COVER THE ANGLE OF MY HERO IN “EARLY RETYREMENT” MISSING HIS CAR – HE DID MISS HIS CAT. MAYBE I’LL MENTION IT IF I EVER DO A SEQUEL.<<<

(P.S. Talked to my best buddy Jesse last night and mentioned this. He’s had a lot more cars then I have had, he’s got an MBA and is a logical fellow. And even he gets a little choked by these things).