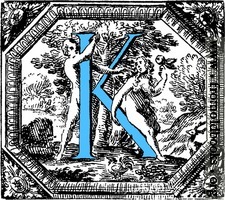 During my surgery recovery, I’ve taken to playing with my new drone (well, disclosure, my second new drone. The first wild-blue-yondered on me). Anyway, its a Snaptain SP350, and no, no camera. It’s more of a tiny RC plane you can fly around your back yard (except, unlike a plane, you can hover and do all sorts of wacky things with it). If you are looking for a good drone for under $40, this one is your best choice. Flies out of the box.

But it’s made me more aware of drones. Sure, Amazon isn’t doing drone delivery (yet). And outside of that, I haven’t given much thought to them. But recently I was reading a railroad magazine and I noticed something – half the shots are now drone shots. Those photos that daring photographers used to take by sneaking onto railroad property? Now they are stunning look-down shots of trains in stations, trains in mid-bridge, trains from all sorts of dynamic angles.

More so – there is a community that posts YouTube videos of trains. Same thing – there was one about an ore train that needs to back out onto a high trestle as part of its move. Not only was the drone able to get a lot closer than the human was, but the drone could peek inside the hopper cars and see just how they were loaded (level, grade, all that).

I suppose that every so often, each of us suddenly realize that, with the rate of change around us, we are suddenly living in our own futures. And as I flip through online videos, I’m taken by the imagery now achievable.

Side note – I’ve also seen that there is software that can write blogs for you. And that’s why I include the occasional typo and misspelling. That way, you are assured of my authenticity. This is a true human blog, served piping hot!