Echos of my speech

Echos of my speech 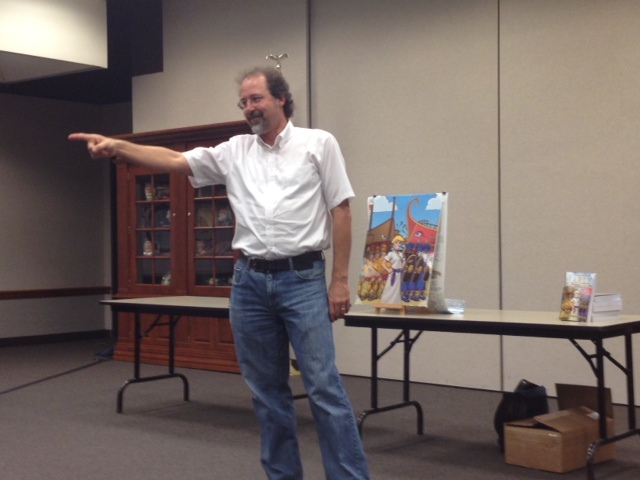 Saturday was the day of my speech at the local downtown library.

I’ll admit that I’m a horrible speaker. That I hadn’t done a public speech since college and was not looking forward to this. But I took my speech and focused on it like it was a hard-punching chapter of a book, adding wit and twists and all that. And at a friend’s recomendation, I worked on a delievery more atuned to role-playing reffing (as I once did). And I practiced it, tuning it tight. I even stood on the back porch while the rain came down, giving it a final runthrough.

Things were not at all good at the library. My only press was the library’s whats-up newsletter. There was not a single notice or poster up for the event. We were on the third floor, at the end of a long hall. They might as well have put me in the basement.

So to hell with it. I gave my fucking speech anyway. 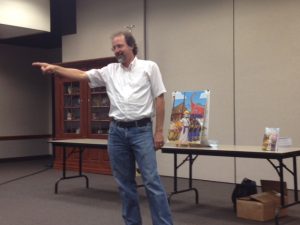 And I gave it with all the passion I could have hoped for. I actualy turned the stage into a top-down map of the world at that time. When I described the Persians extent-of-empire, I walked ALLL the way over to the right: this was India. Then I walked ALLLL the way over ot the left, and that was Egypt. I gave square miles of empire, population figures. I told about how the empire worked. Then I spun down and described Tyre as it has never been described, its beauty and glory.

I talked for 40 minutes, timed out perfectly.

I took one question from the audiance (from the only person not directly related to me).

So now I’m not sure what to do. The books are pretty much sitting there. Sales have cooled. I’ve pushed and pushed on this and gotten nothing back. I’ve got one more show, the OASIS 25 scifi convention next week. And then I think I’m done.

>>>FOR WHAT IT’S WORTH, EARLY RETYREMENT IS HERE. I DARE YOU TO CLICK THIS<<<