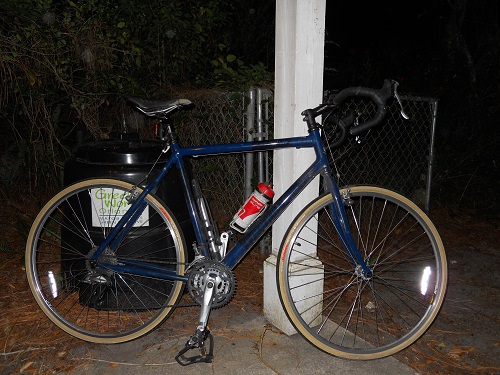 ‘ve probably touched on this before, but stories do have a way of affecting us. Because of heroes in our tales, such as the heroes on the fields before Troy (I count Hector in that number, but not Achilles – not until he calms down, that puff-boy), we can improve our lives. Stories teach us to change, to thrive and challenge.

In my case, it was a cartoon. 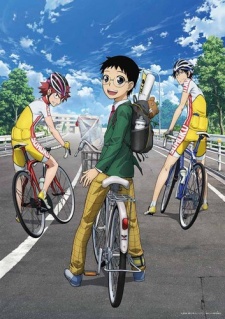 Yowamushi Pedal is a wonderful anime series in Japan, a story about a young kid who can’t get the school anime club off the ground but somehow finds himself drawn into the world of bicycle racing. In the begriming, he rides what is termed (in Japan) a “mommie bike” (shown in the picture). He races handicap for a bit and even takes it into the introductionary road race (where he is so spastic he locks up the chain and crashes over and over. Finally he is given a road racer, and now he can compete). For about four episodes we see him broil up the hill, picking off the riders one by one (the story actually makes this believable to a certain extent) until he’s right up with the top dog, peddling his heart out and trying to just top the hill first. And it’s close. Hub to hub. 100 meters to go…

But the thing was, it affected me. I commute two to three times a week. I’ve ridden my route for sixteen years. I mounted saddlebags on a rear rack and suspended a fender front and back. The tires were thick and knobby, good for gripping the road.

And that was fine, I suppose, until I started riding with a young coworker.

And not the competition started.

Oh, it wasn’t racing. Nothing so direct. But we’d both push each other to ride harder and faster. And my mommie bike wasn’t cutting it.

After I’d watch the first eight or so episodes, I saw a picture of my bike type on the web, a Cannondale T700. In its prime it was a pretty slick touring bike; heavy, yes, but hell, the ride had beat the crap out of my old racer. So I started to think it over, and started to make changes.

First off, the fenders and back rack. While the backpack is a bit cumbersome, it also cuts down some of the wind resistance. And then the tires. I replaced the knobbers with Japanese street slicks – thin and smooth but with clever patch-grips, a slight but needful tread. I concluded things by raising the seat up 3/4 of an inch, to get a better position on the pedals.

Rode it to work today – first time. It was very fast; rode like the wind. Just a delight to ride. Coming home was a 15mph headwind – I wasn’t blazing but I know I was moving a bit faster than normal. But riding isn’t just a commute now – it’s fun again.

So yes, I’ve changed my ways. I’m still not going to join any bicycle clubs anytime soon. Let’s not go crazy on this.

>>>ORLANDO IS THE WORST CITY IN THE WORLD TO RIDE. SO BUY A BOOK THROUGH THIS LINK – GET ME TO SIGN IT BEFORE I GET KILLED!<<<