There is something about taking on one of the worst cycle-cities on earth, of catching the traffic flow and riding it. Add to this muggy mornings and evenings topping 105 on the ‘crete and you grasp the suicidal romance of the thing. 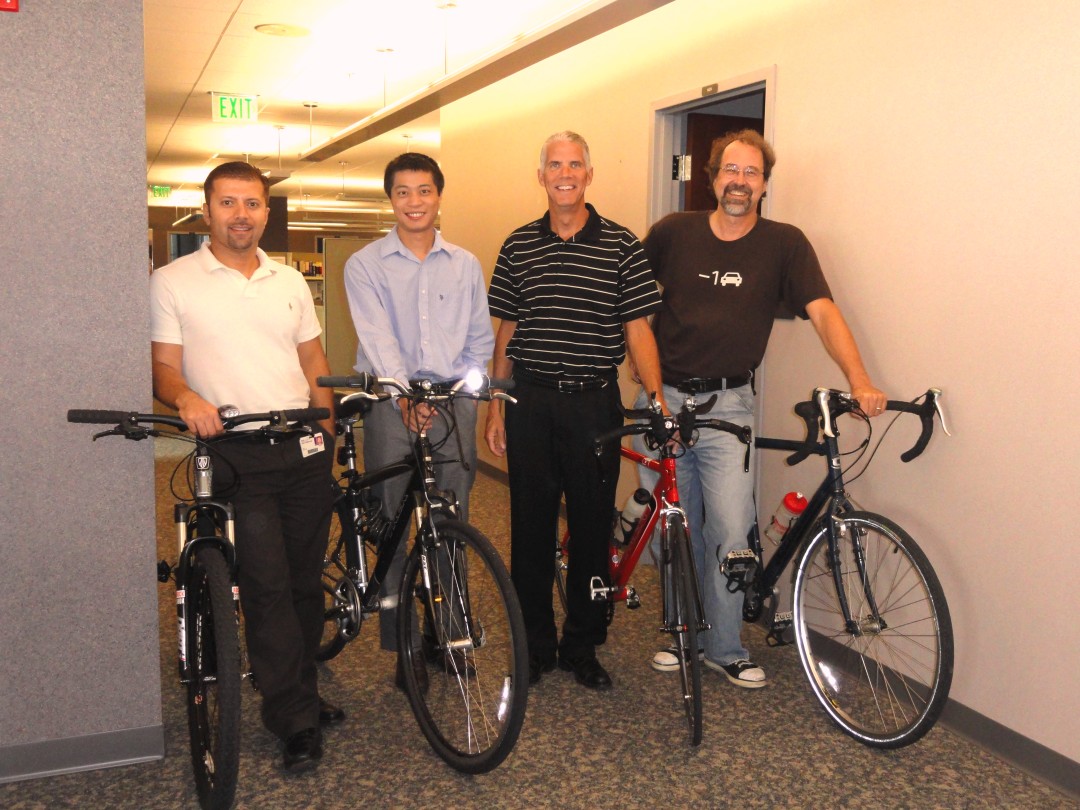 These four musketeers, four horsemen, four furies all inhabit Summit Tower’s 14th floor, cycle-commuting anywhere from one to five times a week. On the day our office elf snapped this pic, our effort would shave 50 miles off the national daily commute, or spare 2.5 gallons of gas from America’s reserves (your FUV mileage may vary).  Add to that the general fitness of the squad and you can perhaps see the greener future that many other nations are adapting.

I understand that some of you have distances too long or dependents too numerous to consider such a thing. I’m just asking you to think about it. Maybe this weekend, combine a round-the-neighborhood ride with a quick errand. Push your nose outside the burbaclave gates, sniff the air, consider the distance, measure the personal gain.

There is nothing like sitting at your desk at work, looking over at your bike, knowing you made it in without burning any fuel (other than last night’s tacos).