saac spoke up and said to his father Abraham, “Father?”

“The fire and wood are here,” Isaac said, “But where is the lamb for the burnt offering?”

Okay, so maybe this is a touch whimsical, but I found this a pretty funny line, something like out of Mel Brooks.

Still, in all seriousness, I like Genesis. Outside the beginning, with its people living incredibly long lives, it’s got some good tales twisted through it. Of course, there is the above part, where Abraham doesn’t blink when the Lord tries to poker-face him. And it’s got the frantic defense in Lot’s house, the fight at the door when the two angels find themselves sought out for sex by its lusty citizenry. I even like Abraham bargaining down the Lord on destroying Sodom, the entire “how many innocent men should be spared” bit (perhaps God was still thinking back to the flood and feeling a touch guilty?)

But I’m a literary guy in a literal book. I find myself questioning the Almighty. In particular, Lot’s wife. Lot does everything he can to get his wife and daughters out of doomed Sodom (with his laughing son-in-laws cast in the role of the scoffing dummies out of any modern disaster movie). But I’ve always been annoyed by the “Don’t look back” bit. Really, living in Sodom must have granted Lot’s wife an eyeful of just about every spectacle known to man. But in a pre-CGI world, the fact that all this Technicolor destruction (burning sulfur raining down from the skies, and the city on fire wall-to-wall), and you tell someone don’t look back? And if they do, it’s pillar-of-salt time? Just a trifle unfair, but that’s me with my liberal angle on it, so take it with a grain of… sorry. 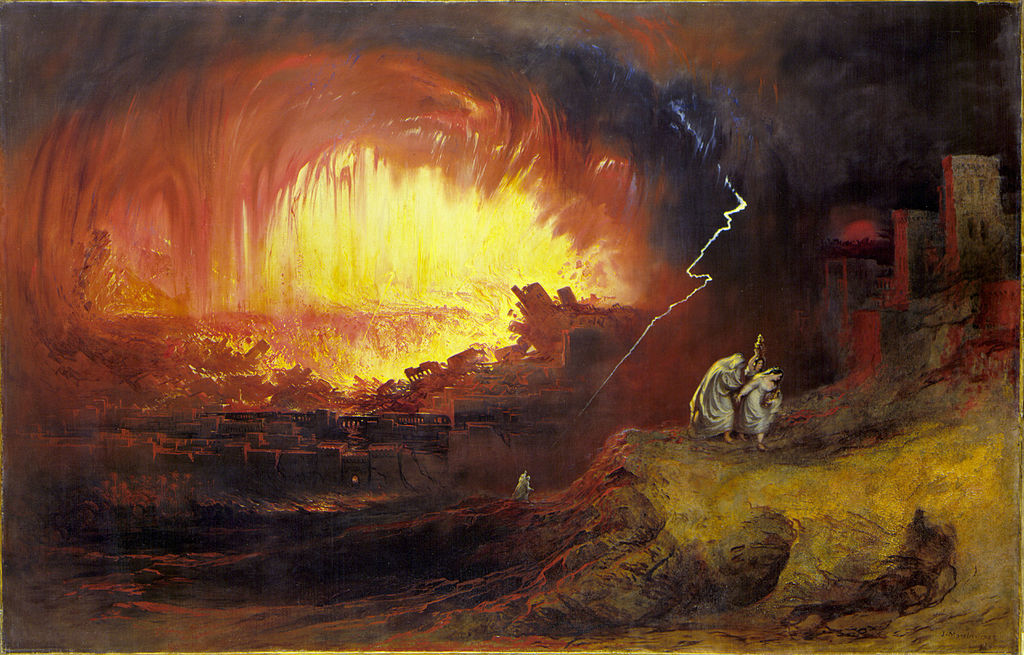 I do also admit that I really enjoyed the story of Jacob, who screwed over his brother (twice), ripped him off, played fast and loose with everyone yet still had (inexplicably) God’s backing. Of course, the fruit doesn’t fall far from the tree – when Jacob’s daughter is raped, his sons tell the enamored rapist that they’ll forgive him (and his city) if they all agreed to circumcision (then they can be one people). They do. And three day’s later, while racked with pain from their surgery, Jacob’s sons come over the wall and kill all the debilitated defenders. I’ll tell you, the same sort of story, that of Elisha, caught my eye and resulted in Fire and Bronze. Maybe I’ll consider a book following Jacob’s adventures.

But overall, I really liked it (once I stopped fretting over the amazing lifespans and the long lineage lists). It’s an interesting book in the Bible, with God not taking that direct of a role (a couple of precognitive dreams and, oh yes, the flood). But it gives the reader an idea of what might come.

In a few weeks, I will enter the Exodus.

>>>HEY, IF YOU LIKE CANAANITES AND PERSIANS BUT WANT TO CHECK THEM OUT BEFORE CHRIST SHOWED UP, CHECK OUT MY BOOKS, SET IN 330BC and 810BC. SET THE WAYBACK MACHINE!<<<