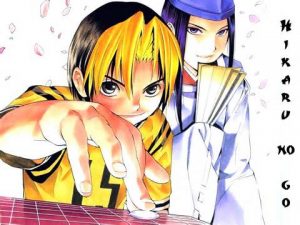 Anyway, yes, I like Go. I like it better than Chess. It’s a fun game of placement and encirclement and a little time with a simulator (and getting literally dissected on a small-board game at work) showed me I needed to learn more about it.

Go Fundamentals is a pretty good effort on this. The author goes over the history of the game (mentioning Hikaru No Go, so points for that). He also explains the critical elements of the game, how to surround stones and claim territory. All very good to know, since it might help you.

Where I really bogged down was in the problem/solution area. Now the interesting thing is that, as he presents these with a layout of the pieces, he proceeds to show the sequence of play while flipping it two or three times across his explanation. You’d see a couple of moves, then in the next continuing illustration he’d flip it. And then reverse it. Initially I found this very irritating but as I continued to look at it, I realized that Go is about pattern recognition and that, in flipping and reversing the possible stone relationships, the instructor was getting you to see the various patterns in all their forms. And that was good (I guess) even through I only see many of these outcomes after he explains them. A couple of them resulted in me setting them up at the board and work and playing them through to get it.

While the flipping and such was a necessary evil, a couple of times I found where continuing illustrations actually had omissions of pieces. This didn’t work so well as it made it difficult to see just how the play worked out while trying to imagine a missing stone being in place. It didn’t happen often but it was frustrating when it did.

Overall, though, I really did find the book interesting. At least I’m aware now of a few mistakes I’ve been making. And occasionally the gasp-moments of Hikaru No Go make a little more sense. So, yes, if you’d like to get a starting baseline for playing Go, this book can get you in the door. But just get ready to lose a lot – I sure am!

>>>I THINK I’LL STICK WITH WRITING (WHICH I AM GOOD AT) AND KEEP GO A HOBBY (SINCE I SUCK AT IT). BUT IF YOU WANT TO TEST THIS, BUY ONE OF MY BOOKS HERE (FOLLOW THIS LINK) AND THEN WE’LL PLAY A GAME. TELL ME WHAT I’M WORSE AT