Note: This account was provided by Cody Case, after I had a brush with a Covid zombie and am now in the two-week penalty box. The show went on anyway (while I sat in my dark den and web regretful tears). But even though everyone screwed up, when I met them outside to pick up my PC, everyone was jubilant from the session.

eased into the dispatcher seat just as Frank offered to give it a try. “What could go wrong? There are just a few of us here tonight.” So, I grabbed some power and jumped on 244. With a warrant in hand and Franks comforting words of “Don’t run into Bob, he’s in front of you.” I was off. After easing into Martin yard, I was surprised to find no yard crew on hand. Apparently, Frank was filling both shoes and was currently dealing with a log jam at red rock (I think there was 4 trains on the layout at this point and 3 of them were in Red Rock). No worries, I hijacked the yard loco and acquired my paper work. After some quick switching, I was off again (narrowly missing the tail end of the Broadway Limited as it eased off the main into Pittsburgh).

A bad sign: a crowd around a harried dispatcher!

I was just pulling into Red Rock when the urgent call went out for helpers. My relief crew quickly arrived and I was airlifted to the helper’s station. After helping a few trains across the summit, I got a radio call from the new crew on 244. They couldn’t figure out what track to spot the cars I had picked up for Calypso. I look at the paper work and a call with a very upset Martin Yard master reviled that I had picked up cars dropped in Martin from last sessions 244 and left what I was supposed to grab there…oops. 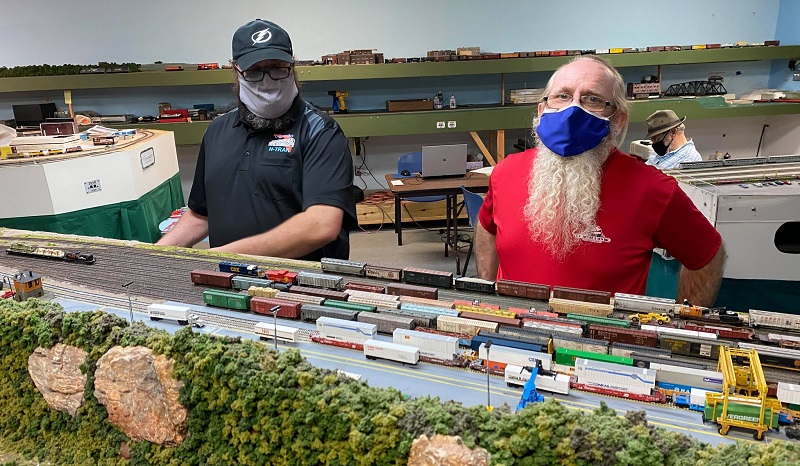 The Boomer Dispatcher (Frank) works the yard, too, in the company of the Red Avenger (Bob K). Station agent Tom sleeps in the background.

To fix this issue it was decided that the last through freight would run as two sections between Martin and Calypso. So, I settled into the power on the 2nd section and Matt and I eased out of Pittsburgh, following the Broadway Limited (which was headed back the way it had come, but that’s another story) for an easy trip across the summit to finish out the night. 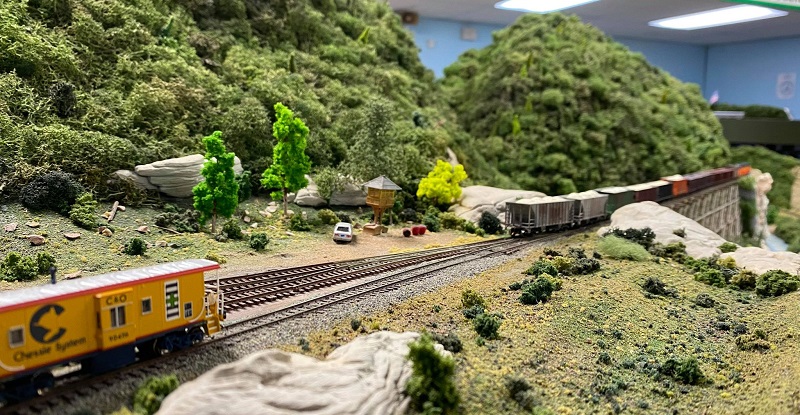 The all new Harris Glen local works the summit. At least something went right… didntit?

We moved a lot of freight (almost none of it to where it belonged) and made a lot of mistakes (all with laughs and good-natured ribbing) and most importantly had a blast doing it. Definitely an appropriate session to end 2020 with!

>>>AND TO YOU AND YOURS, A MERRY CHRISTMAS. OH, AND FOLLOW THIS LINK TO THE BOOKS FOR SALE<<<