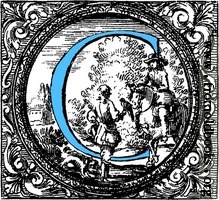 an you believe it? I’m already at book twelve of the Ark Royal series!

Anyway, true to author Christopher Nuttall’s usual way of doing things, we get a three book set with the latest British hull/class in spaceships. This time, it’s the Invincible, and England is trying to see how fast attack carriers (armored, and with fighters and big guns) will work. So, shortly after its shakedown cruise, Invincible is sent to a listening station at the edge of human space. So we’ve had Pearl Harbor alien contacts, Indian history alien contacts, straight out warfare with alien contacts, but this time he set up a neat scenario – this time the observation station has detected a drive plume – yes, aliens have crossed the void of space between stars the slow way, chugging along in a generation ship. And, of course, it’s massive, kilometers long, carved out of an asteroid, and slowing to enter the system already colonized by humans.

So, what’s in the ship? What sort of aliens will we be fighting next? What danger is there?

I’m going to tell you, this book had me on the edge of my seat, waiting to see what the gotcha was. And when it did come, when the Invincible backtracks to the planet (using the tramlines) to see where these aliens have come from, it’s amazingly weird. So hats off to the author for a very dynamic start to a whole new series!

You don’t really need to go alllllll the way back to the Ark Royal series, but why wouldn’t you. Every book is just easy-going scifi and fun space battles.