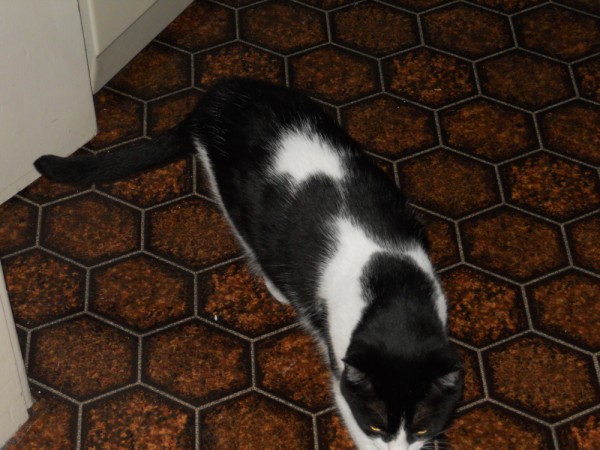 In the old days (before the internet, when everyone wore funny old clothing and photos were in black and white), people would have gushed about their pending trip abroad, bubbling to friends and family of their destination, itinerary, their hopes and dreams.

Of course, now we worry that our wider broadcasts (via facebook and blogs) will result in our doors being pried open and our houses ransacked.

So yes, I’ve been quiet online about this.

But anyway, about nine months back, my wife and I had been talking to my sister about traveling abroad. First the idea was Morocco but that just didn’t “spark”. Then, one night at our favorite Italian restaurant, JB looked down at the placemat and said, “What about Italy?” And so the expedition was assembled, three days in Rome, two and a half in Venice, high-speed rail linking them together. How great.

And so we got ready, coming up with things we wanted to do, assembling the packing, getting ready. We should have been excited, right?

Item 2: Work. The interesting thing about work is how they screamed when I couldn’t use all my vacation up last year (goodbye seven days) and yet they screamed all the louder for an eight days trip. Worse, everyone seemed to have a case of the stupids in the run-up days, needed hands held and simple tasks (running the elevators, flushing the toilets) explained. I also had testing support Saturday, a novel idea which involves working for free, a new and exciting corporate concept. Not only was it working for free, but it was also changed last minute to extended hours (2pm – 11pm). So there were calls, patches, tech bridges and confusion, all while my empty luggage yawned in guilt. I should have been getting ready but I was living the downside of hiring test support from low caste field hands on the other side of the planet. Magnificent.

Item 3: My sister-in-law, our house-sitter, was sick. That meant she couldn’t come over until the last minute for review of duties (namely, dealing with the sick cat).

Item 4: Everyone was sick. People sneezed on me at work. They sneezed on my food, in elevators, in meetings, in face-to-faces. And deep down, I started worrying that I was getting sick too. That faint dizziness. That hint of a rasping throat. Just in time for my trip-of-a-lifetime. Thanks again to all the folks who share their day-care plagues with the rest of us.

Item 5: VISA. Called to tell Visa we’d be overseas and guess what – learned ALL about that four digit pin you need to have to use a card overseas. JB called them Thursday, told them we needed it, then rang me during the usual work-related Chinese fire drill. It turns out she hadn’t told them we needed it by Tuesday-absolute or we’d be far-away-screwed. Called VISA and drilled my way through their bureaucracy (while dealing simultaneously with my own company’s bureaucracy). Found a human and went bedrock about my needs. He promised it would be there by Tuesday. And he was going to use a certain transportation company I knew and supposedly trusted to make this happen. So if it didn’t arrive, who could I blame but, indirectly, myself?

Item 6: The delivery. As per item five, the service confirmed a drop of 10am Tuesday (the final day before departure). Didn’t happen. JB (at home) had a final doctor’s appointment for something or other at 1:30. At 12:30, no drop. Since we needed to be there to sign for it, I started home so I could be there once she left. Came around the corner in front of my house and nearly rammed the truck pulling up the other way. Signed, handed the envelope to her, jumped in my car, raced back to work.

Item 7: Last day at work. Yeah, could it go any later? 7pm and I was the last one there, finishing up. I’ll note that none of the coworkers said anything like “Hey, I’ll handle this. Go home” or anything of that sort.

Then I lay in my bed and wondered What was I thinking? I wish we’d never come up with this mad idea.

Tomorrow – the flight and touchdown. 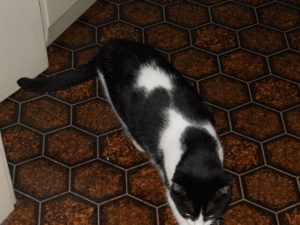