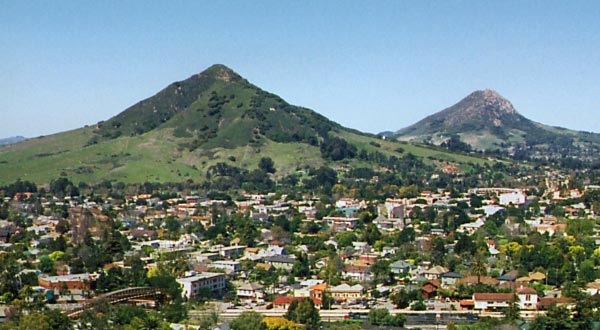 How serious should modelers get with following their prototype?

My first layout, Donner Pass, was correct in that it had pines and a mountain, and the names of the towns matched. I ran SP equipment (from all eras) and really didn’t worry about it.

But it started bugging me. The more I learned the railroad’s history in that area, the more it chafed. I considered a change. Then, on a stop during a cross-nation train trip at the small Californian town of San Luis Obispo, I got out to walk the platform. And here I was hit with a sense of having been to this spot before. Eerie. That is, until I got home and realized much of the SP promotional photography I’d been looking at had been taken in this tiny, tidy railtown. We ended up visiting again – I got a million pictures, and I also read (and reread (and rereread)) John Signor’s books on the Coast Route.

And then I knew. 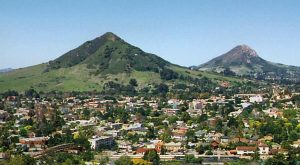 The station is to the lower right

Oh, I can’t make it perfectly correct, not without a room 4,950 feet long to cover the distance from Watsonville to San Luis Obispo. In my small space, I have numerous compromises. The slope from Serrano to SLO is actually reversed. The towns are smaller. My turns are tighter.

But we run all the scheduled trains (and extras like PFE movements and beet hauls). And I’ve got recognizable places such as the SLO station complex, the Stenner Creek trestle, the horseshoe just beyond (complete with a horse who’d lived in the loop at that time), the Salinas packing sheds, and so on. Little touches here and there.

But that is all it takes. Had a visitor from “out west” come run with us once. How gratifying for him to stand in the doorway and say, “Oh yeah. You got it. Dead on.” 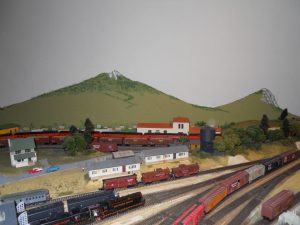