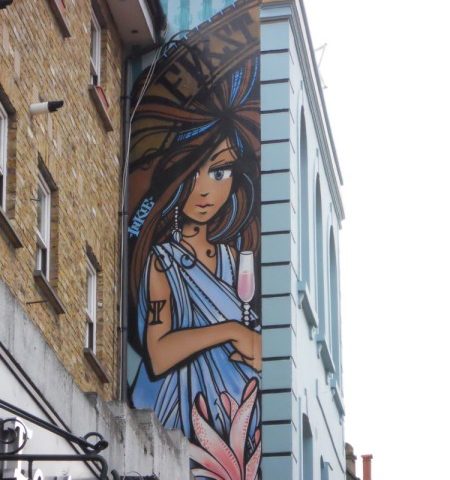 Pat is gone, flying back this morning. Mike and his girls are doing the Zoo (something we’d enjoyed, but JB felt a touch under the weather (and the weather, itself, is turning very cold)). Its a long way across open ground to the zoo. We pass. 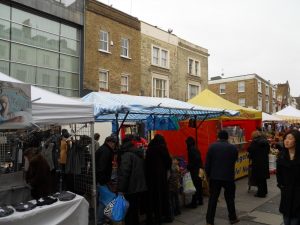 Off to Notting Hill, an open air shopping district made popular by Hugh Grant’s movie. It’s pretty neat, too. Just blocks and blocks of marketplace stalls. JB wanted something for her sister and I tagged along. Ended up buying chocolate for the work mob (actually noticed that some of them were past exploration date, so I chose carefully). Later, JB went ranging on her own (hard to shop with an eye-rolling, sigh-huffing husband). I found a bookshop (“Will Thacker” was not in evidence) and found some stuff for me and a couple of Terry Pratchett’s for the girls (when will they try one?).

But really, we were taking it easy. I find that when traveling (anywhere) about 5-6 days generally does it. By then, I’ve seen what I’ve wanted to see, I’ve bought too many books, and I’m thinking of home. Felt that way in Tunisia, England (last time), France, Italy and now here. I guess I worry about the cat (she’s a social beast, and twice-daily visits from my sister-in-law just don’t seem enough), and I want my bed and dinner table and friends and life. I guess I’m a hobbit in that regard.

The fact that I’d managed to release a self-published book ON the same week we went to London was bugging me too. It had come too late for Christmas and all that. How frustrating.

Anyway, we were left with a half-day. Wandered over to Leicester Square for a look-round. Found a theater that was showing The Girl with the Dragon Tattoo, the Swedish version that I’d been wanting to see. Bought us a couple of hotdogs (such a romantic) which we ate in the lobby. The theater was tiny (12 seats?) but nice – I noticed that there was less of that desperate twitter-fit use that I see in the states. Everyone was there to enjoy the movie they’d paid for, not to catch up on Facebook. How funny these Brits are. 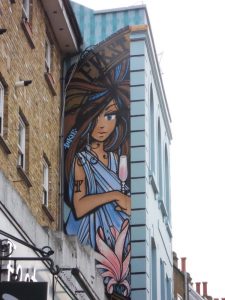 Dinner was very nice – since everything was closing up for Christmas Eve, we ate in the hotel. The meal was fun with Mike’s family and us, and we exchanged little presents. It seemed to be an English send-off – an expensive meal where drinks did not get delivered until half-way through, and the butter was non-existent (none of the other dinners seemed to notice it around their paper-dry rolls until I asked and they brought it out).

Tomorrow our cab would be on time, the bus would be where it was supposed to be, but the plane was filled with hacking, coughing, wheezing plague victims. It sounded like a TB ward. Of course, within two days, I had a throat cold (I’m coughing as I write this) and JB’s picked it up too.

But yes, it’s good to be home.