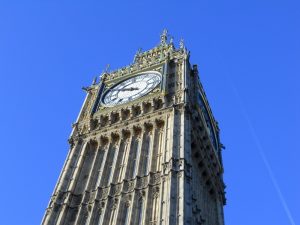 Tuesday broke crisp and clear and a touch cool. We decided that it would be the day to take in the big river boys (Ben, Abbey and Parliament).

The Occupy folks were in the square across from Parliament, God love ’em. Looked like the French camped on the approach to Moscow. Brrr. I guess it’s too cold for pepper spray, or maybe the English show greater restraint towards civic protest.

Anyway, we checked out Westminster Abbey first, drifting through its towering vaults and still spaces, as beautiful as I remembered it from 30 years before. The nieces seemed as awed as young girls will let on. Then across to the House of Commons, where they were in final session before the holidays and we managed to get inside. It was very interesting, a rousing debate going back and forth concerning an overall agreement for health care for the unions, with the prison-guard’s union holding out. A little sample of sharp-tongued insults (very faint, in that English way) near the end. I could have stayed the entire session – fascinating. 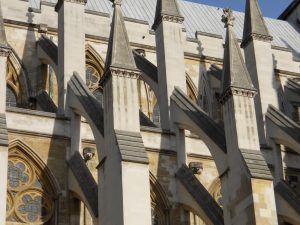 After lunch in the Crypts of St Martin of the Fields (don’t ask), we were casting about for something to do (as the day was more than half-gone) so I suggested Madam Tussaud’s (again, from my first trip). But when we got there – GASP – the prices. Decided to hang that one on a nail and walk away. If I’m going to pay thirty quid, I want to see the real people! Everyone had the things they wanted to do, so JB, Kristin and I wandered through Regent’s Park in the lowering light, checking out the swans and ducks and such. Very nice, very quiet. Of course, this was where the final Martian camp was in WOTW, so I really wanted to see it. Didn’t quite get over to Primrose Hill (where the narrator witnessed the invaders‘ demise).

Some confusion on the tubes (hate the new Circle Route – its like an atom collider now) got us back to the hotel – had a very nice Italian dinner just round the corner, and just as we finished up, who should come in but the rest of the group. All of London to choose from and the Raymonds all pick the same place. Considered slipping out and leaving them our bill, but I was sure I’d see my brother later so that wouldn’t work.

After that, Pat, JB, Kristin and I went back to the theater district and watched the play “The Pitman Painters”, a somewhat-true telling of a bunch of miners who discover their love and skill in the field of painting. it was quiet good and we enjoyed it bunches. All in all, a busy, fun-filled day!