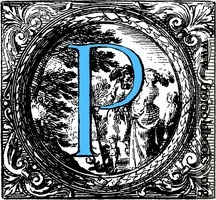 icked this one from the best stocked used bookstore I know, my favorites shelf in my Florida Room. This was one of Roger Zelazny’s best, written all the way back in 1970 (while I was a tiny creature). I picked it up sometime in the early eighties, reading it in college and loving every page. So it’s been forty years and there I am looking for a book and there is my five volume set.

And the book series, it really holds up. Written in that era when Fantasy was in the wake of the Lord of the Rings, when it was as popular as manga now, when everyone had a book in their back pant’s pocket, Nine Princes in Amber was one of the best.

So we start this set from the POV of the main character, Corwin, who has just woken up in a hospital. His legs are in casts, there are bandages everywhere, and he can’t remember a thing. Finding out that his legs have healed, he cracks the plaster. Then he chases off the nurse (and thumps the orderly) who try to give him another sedative (he realizes that this might be for containment reasons, not medical). Leaning on the staff doctor, he gains information that a woman in nearby New York has been funding his stay, and with no other paths open, he goes to her.

And there he starts his great game, acting as if he’s fully aware of everything and scraping up data and info as he goes. He learns that he has eight other brothers and a couple of sisters. And that there is a deck of cards with their likenesses. And that all realities and dimensions and worlds are shadows of the true world, Amber. And that hated Eric sits on its throne, a place where Corwin believes his own ass should sit.

And so begins the five book (skinny book) set, with Corwin getting in touch with other brothers, of he and brother Bleys raising a massive army and navy and fighting their way towards Amber, and… well, I don’t want to give too much away.

If you can find an old copy of this five-book set, and you like good fantasy, yes, you should get this series.

Glad I’ve kept it around all these years.

>>>YOU MIGHT ALSO PICK UP ONE OF MY BOOKS, DOWN THIS LINK<<<