On Sheet – Cork it

On Sheet – Cork it

was at a local session a friend was hosting a while ago. And yes, I agree that model railroading can be, at times, frustrating. One of our members was having problems backing a cut into a siding – had a couple of derailments (and guess what – if you are in N-scale, get used to it). But he wouldn’t suffer in silence, no. He crabbed and carped in his frustration. I looked around and the host was catching every word. Told my buddy (as politely as I could) to cool it a bit.

I guess nobody takes my advance.

A few weeks later, we got an invite to a heavy hitter railroad. Full operations with fast clocks, room lighting, paperwork, all that cool stuff. The owner was dispatching that day and was a bit rusty at it (in all honestly, I’m to blame in that since I hogged his panel since Covid lifted enough for sessions to resume). Now, trains come out of a central yard and the dispatcher routes them through hidden trackage to one end of the layout or the other. Unfortunately, the host routed Mr. Cranky’s train to the wrong end of the layout. There was nothing to be done about it – it was too far (and too dangerous) to back all the way up and the yard is too busy for that sort of stunt. All the host/dispatcher could do was to tell him to carry on, that he was now an extra and would not be switching any of the industries (since they were all facing point turnouts now (see On Sheet – Just die! for an explanation of this)). 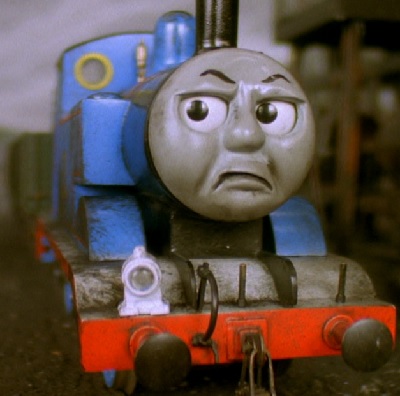 Of course, since traffic is pre-determined, running an extra is slow work, even in CTC. Lot of red signals. Lot of delays. It’s how it goes on a busy Class One line when you are running off the lists. The host/dispatcher did what he could but Mr. Cranky had to wait. And while he waited, he carped. Endlessly.

The next day, I was hanging out at a coffee shop and called the owner to thank him for the special session arranged for our club. And that’s when he mentioned (in that way that means “pass this along”) that I should know that if the dispatcher is talking to any crew in the room over a phone, he can hear exactly what’s being said throughout the room. Yes, he’d heard all the “feedback”.

So I called Mr. Cranky and relayed the news. When I started getting excuses, I told it I didn’t need them. The thing is, a lot of people answer this layout’s crew calls. Space is tight. If you end up on “the B list” (where I started) it takes forever to climb into the attendance slots.

It’s something to keep in mind. Yes, you might be judging (and loudly complaining) about a railroad you’re guesting on. But equally true, the host is judging you. If you are helpless, can’t follow orders, or are loud and disruptive you might not be coming back anytime soon.

Do your best. Honest mistakes are accepted on most railroads. Reports of problems and issues should be saved to the debriefing, so the host can note them and attempt to correct them. But just standing in the middle of the session and barking about them isn’t going to make friends, not amongst the operator and certainly not the host (who has put a lot of time and expense into the layout you are enjoying for free).

Run well. Do your best. And shut up.