On Sheet- Gilding someone else’s parachute

On Sheet- Gilding someone else’s parachute 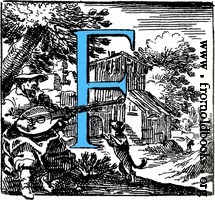 or the last twenty years of my career, I worked for a transportation company that is colored purple. Yes, those guys. And I really loved it. I was a “meh” of a coder but when I got into management, I shined. I was a great team lead and process guy. We got the team running on all cylinders by the time I retired. I must have done well – I had about a hundred people at my retirement party and it went on all afternoon.

One of the things our testing department did (which I couldn’t stand) was the “morning huddle”. Every morning at 8:30, a representative of every software team would send one person down to sit in a room for an hour and have the test lead read us their change request forms. And this was dumb – we had access to them and they were ranked by severity – we could comment on them, work them, and when we were done, we’d give them back to testing for confirmation of correctness. There was email and phones, too. In other words, there was a very solid understanding of what bugs there were and how we needed to fix them. So why have thirty people sit in a room and talk about them?

Back then, I was still learning about Time Table and Train Order, the method railroads used to move their trains before there were radios and remote electronics that could allow signals and turnouts to be controlled from great distances. One expert in the field (Steve King) had given me a government report that explained what TT&TO was. It said something like, “Time Table and Train Order permits blue collar workers, coming on duty from major hubs to remote locations spread across thousands of miles at all times, day and night, with no communication and no direct supervision, to operate heavy equipment at high speeds in a safe and orderly fashion.”

So I’d gone to the testing group several times and tried to talk them out of burning thirty man-hours a day on this. But it was their control rush – they loved the whole puppeteer thing. Went nowhere.

Then came the day I was sitting on the office’s outdoor patio, eating lunch and reading a book on railroads. I was joined by the Managing Director of the org – a guy I’d worked with a decade ago as a programmer who’d gone up the corporate ladder using both hands (and possibly a retractable tail) to manager and then director. But he was a nice guy –  even jogged with him three times a week. He looked at what I was reading – a book on railroads – and asked around his tuna sandwich: “Learning anything new?”

This was my chance. Elevator speeches have to be thirty seconds long. I had three-quarters of a sandwich for the pitch. So I told him I was leaning about Time Table and Train Orders, and explained (as logically and smoothly as I could) the checks and balances that made it work. Then I sat back and put the final nail into the coffin – “Railroads didn’t need ‘morning huddles’ – the crews knew exactly what they had to do.” He got the reference. “You mean” –  a knowing smile – “like the huddles.”

“Yes,” I replied. “Like the huddles. Total waste of time.”

A week later, our org (and our sister org) put out a memo that we would not be attending the huddles anymore, relying on “established communications, namely change requests” to manage our work. We’d still provide “our level of support” but would not longer be attending the meetings. The huddles became a thing of the past.

I was in a manager’s meeting a few weeks later, where I heard the director explaining to the VP how much manpower we were saving by cutting off the huddles and relying on our tracking system for response management. My name, of course, was not mentioned. But hey, within a year I was retiring, I was in the passenger coach I wanted to be in, getting off at the stop I wished to. No hard feelings. The guy is shooting for VP, after all.

Even though I’m retired, I still have lunch with various people from the corporation. The other day it was with my old test lead. He told me all about how the test managers came unglued when the directors decided to abstain from the huddles. Turns out the test leads didn’t like the silly meeting any more than we did. So I hold him the backstory and he got a laugh. “I should have figured you were behind this. You and your trains.”

The power of useless, archaic knowledge.