ince the dispatcher’s seat was filled with a trainee (Doug, who did a damn good job out of the chute) and the yard was filled with the Lady’s Quilting and Trim/Classification Club, I was out on the road again. And there’s no time like waiting at a red board to wax philosophic on the meanings or life and model railroading.

To wit – the puzzle of industrial switching on the standard out-n-back turn. When you run one of these jobs, switching your way through a set of towns along the mainline, it begins to feel like an intelligence test. So I rolled out of Hialeah Yard, sharpened my pencil and began.

Problem one: Palm Bay: In this puzzle, I had three cars to pull out and two to spot. To access the north-facing turnouts, you need to use a switchback into the south-facing industries. Here, I was aided that no cars were spotted on the west-most siding so I had enough room for an engine and three-four cars. It was tricky but I was able to get them in and out without too much fuss. After this, I met a freight before proceeding to…

Problem two: Melbourne: Okay, easy one. Nothing to pull and nothing to drop. Checked my car cards to make sure it wasn’t a trap.

Problem three: Eau Gallie: This one was a bitch. Should have been two trailing point switches. But I had to fuss around a FEC hopper left over from a prior detection, with one box coming out of Cecil’s and another going in. And then, while I was catching up with all my paperwork, the damn detector went off (on a train that had been sitting for thirty minutes). How that happened, I don’t know, so I had to maneuver the smoldering talk car (hope there was nothing explosive in there) off line so I could get the rest of my work done. It didn’t blow but before I could leave town the detector did, lighting off a second time. Adjusting the malfunctioning device with a sharp rap of a monkey wrench, I finally got out of town but didn’t know that FEC hopper was cleared for pickup so points lost in execution here.

Problem four: Pineita: This one was a classic – just a run-around to build the train pointing the other direction, with a swap of gondola sets in the sand company. Had to let a freight clear before starting (and I couldn’t start the paperwork until he got out of the way).

Problem five: Palm Bay: This is the sort of job you give your brother-in-law when he comes to run trains with you. Take the car from here and drop it on this siding here. After Eau Gallie, this was a nice cool-down move.

And that was it. Turn your paper over and score accordingly. We don’t grade this on a curve, because there is no grade – I never went to the upper deck. Hand it in and wait until Headmaster Ken goes through his paperwork and rips you a new one in the next briefing session.

But this was one test I really enjoyed. Discrete Mathematics in college, not so much.

>>FOLLOW THIS LINK AND BUY A BOOK. I’M RETIRED AND HAVE NO INCOME FLOW!<<< 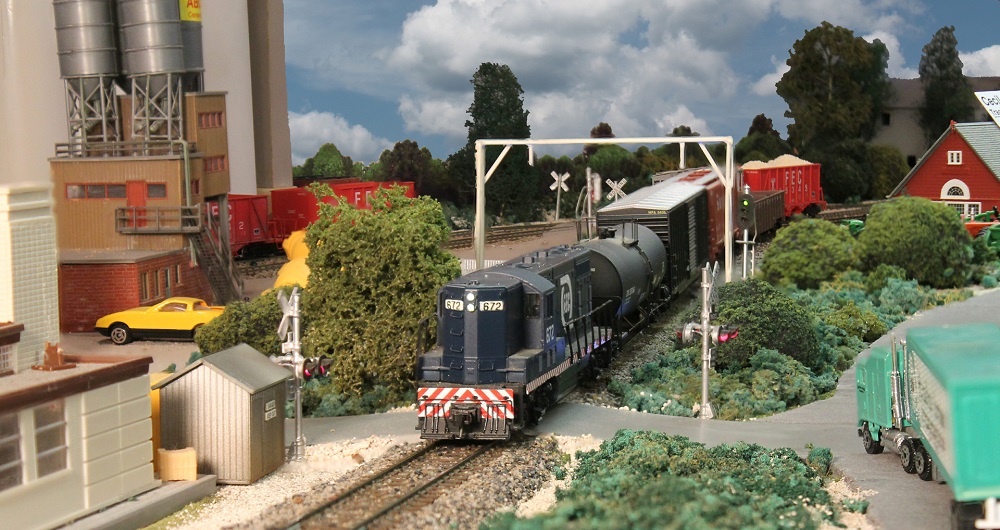 This isn’t a defect detector. It’s a snitch.