o it was a strange day on the east coast of Florida. I reported to my FEC tower outside Hialeah Yard for my shift dispatching the FEC. Oddly, the planet Earth was in a wobbling orbit – the sun was up and bright at 4am. The resulting disturbances to the ionosphere crashed all radio efforts. But we had a railroad to run and, by God, we were going to run it.

Note of explanation – the room lights were wonky and the radiophones had crashed. The superintendent was pulling his hair to get us into a position to go hot, (and given the length of his hair, he could get a good grip on it).

So finally we got something working – the room lights were stuck on but the radios worked – sort of. I could hear people just fine but I had to shout to be heard. That really played well with everyone else sharing the Hialeah shed with me. 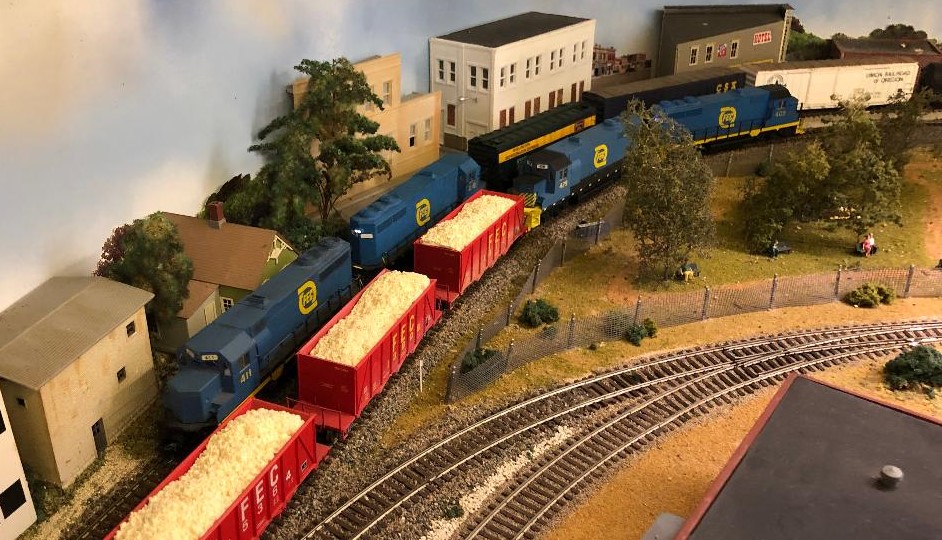 940, the limestone train, meets another freight in Palm Bay. 940 faces a difficult day in the quarry (Photo: John DV)

Anyway, after all the confusion, I settled in for the first train of the day, 202 calling for release from the yard. The yardmaster was missing her paperwork so I had to ask for info for each train. Once 202 was fully logged, I gave him the green board and settled back to watch him rumble by. Always an interesting sight, watching the head-end units shake my tower in passing, checking his progress over the double crossover, calling him out of the yard. His caboose was vanishing into the tube tunnel connecting the buildings when I realized I’d routed him onto the wrong track.

The radios were working just well enough for me to stop him and order him to reverse. Throwing the crossovers, I got him onto the right departure track and away, ten minutes late. Sheesh, if this was the start, what else could go wrong?

Well, shortly afterwards the Earth rolled onto a new axis and the lights went out in the other room. Now the crews were engaging in full-on switching in the dark (usually dark hours are limited to through trains). But the crews labored about in the gloom with hardly a whimper. The superintendent took pity on them and tipped the Earth back onto its proper orientation. The room was light again, but the ionosphere worsened. Now there was whistles and crackles over the line. Worse, as the day wore on, the headset earpiece came unglued all over my ear, giving me a lopsided five o’clock shadow.

But you know what? Even with all the mistakes made (I almost routed a second train the wrong way and, from all the guilty looks of the crew, I figure there were routing mistakes galore in the other shed) we all had a blast. Sure, it was crazy and disorganized and the superintendent now suffers from PTSD. But the crews had a good time and spirits were high. Even better, the casualty rate was low – all the survivors had a good session.

Nothing like a curious switching puzzle while you are surrounded by friends who are silently judging you (Photo: Kyle S)

I know that, as a host, it’s hard not to take any failing of your layout personally. I’ve hosted a number of times and it’s hard to not throw yourself off a bridge after a session everyone was smiling through. It’s how it goes. But yes, the FEC continues to bring in the crowds, my club likes it, and even my wife will come for the craziness.