am in the waning days of my career, but I’m still needed it seems. Had a kid in my team who has spent two days inert because the people he needs in another team are out of the office. Finally he came in today and I marched him right down to their manager (whom I’m friends with). Tossed some intros, told her about our missing SMEs, asked for help. She smiled. “Oh, yeah, I can get someone on that right away.” Problem solved. Deadlock broken.

I’m pretty proud of my problem-solving abilities, and it stuck with me tonight as I shoved up the hill, midway back in my mid-train slot, my helpers pushing 247 up over Harris Summit. It was a really smooth run, enjoyable, and Jim was feathering the throttle and watching the slack, making it a greaser of a push. We got into Harris Glen (which, for those who’ve never left the nearby spa and checked it out) has a main track, a siding and a station track (essentially three tracks through town).

Well, we were rolling to an easy upgrade stop on the main. A local was settled on its locomotive brakes on the siding, facing east (opposing). Fine, we slid past him. But coming in over the rickety timber trestle was 414, eastbound coal, another long drag.

My crew looked back – shit, our bottoms were hanging out the east end of the turnouts, back onto the main and into the tunnel. The local couldn’t move past us. The coal drag had two options, the siding (behind the local) or the station track: both options would leave him hanging and all three trains deadlocked.

So there we stood, looking at each other, doing that “Uh oh” moment. Someone picked up the phone and called the dispatcher and detailed the knot we were in. So there were all four of us, in irons on the summit.

Then I had it. Outlined the plan to the dispatcher. As a midtrain helper, I’d break just forward of my engines and become a smaller train all on my own (my engines and all the cars behind me). Operating thusly, I’d back up and ease down the station track. This would clear the east end and allow the local to depart, and this would allow the coal drag to enter. And sure, we were packed in Harris, but we could also all leave. 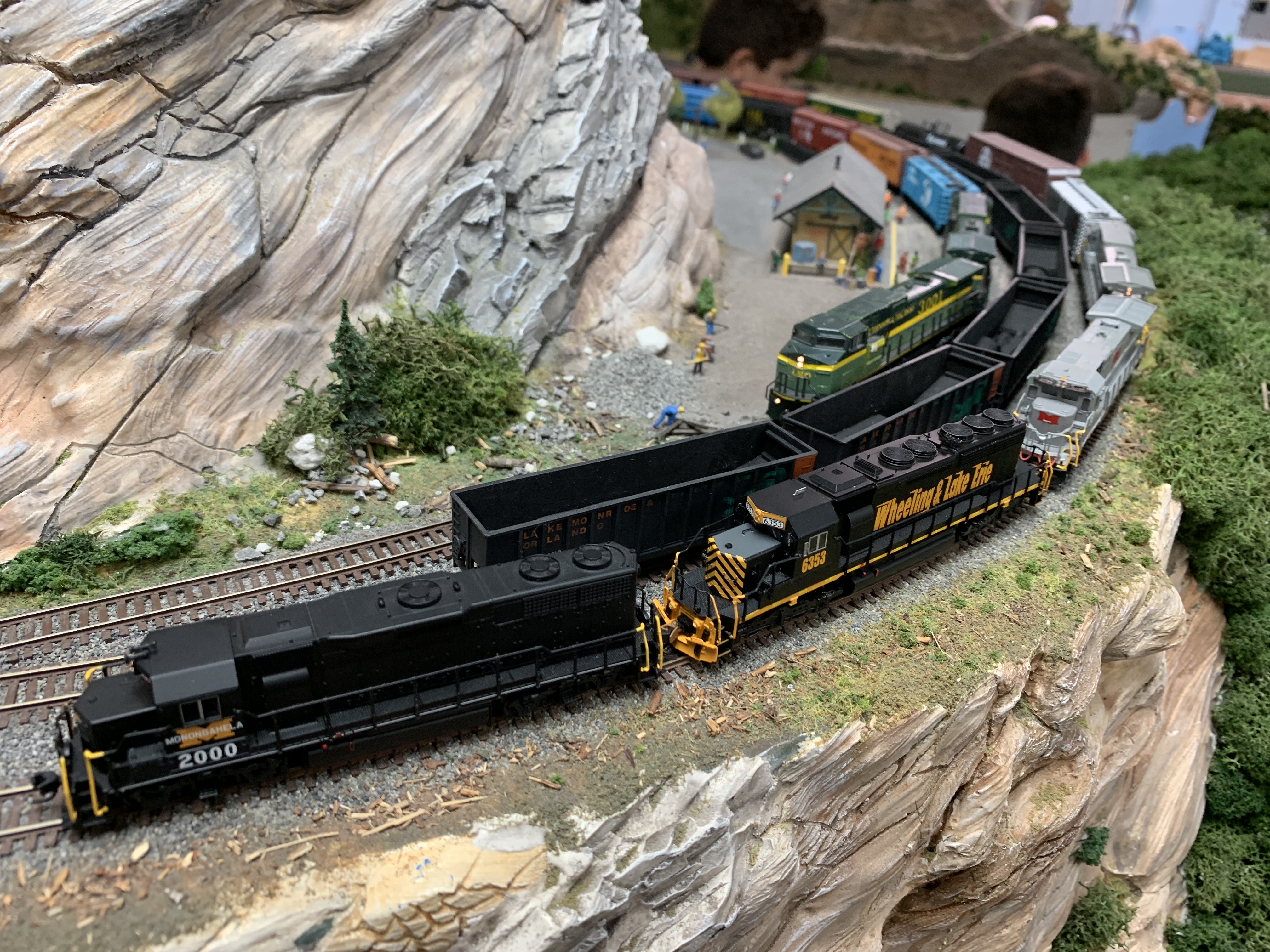 414 meets 247 (in two chunks) at Harris. The Author is in the far green unit. Photo Credit Jim Mathis

So I was feeling pretty smug with myself, but the whole club could feel that way. Cody ran a dead-on session with everything that could move (and more) running between Bound Brook And Cincinnati. Frank got a kiss from the dispatcher fairy and will become a DS prince someday. Nick banged out the yard, everything seeming to route correctly.  Locals done. Passengers done. Ore, autoracks, ballast cars, done. Helpers done. What a session. 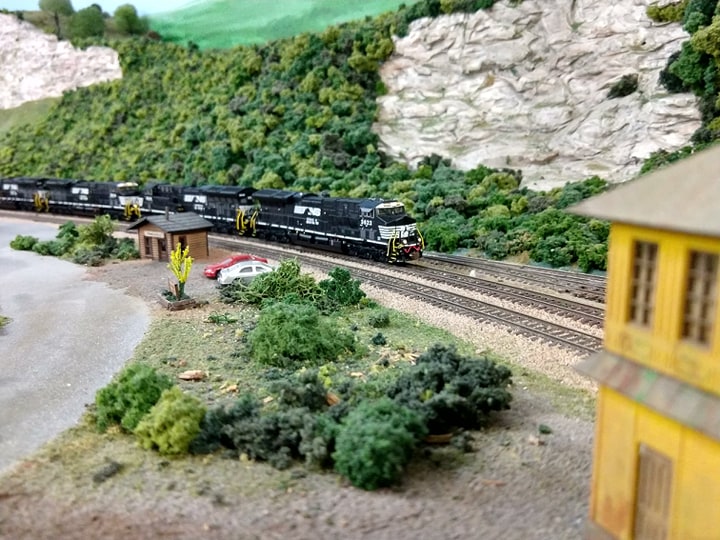 Franky Z catches units on the roll through Zanesville