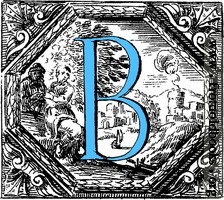 usy night on the line. At first, we weren’t looking at anyone showing – we had about a dozen guys cleaning. But as we prepped up, more and more came in until we had a nice collection of members (and a spicy dusting of newbie visitors). My turn on the panel so I set up the clock and the computer, did the sound check and then did my usual pawn move – 202 to Zaynesville, hold the siding.

It was a pretty fast-paced night. Very little waiting (at least, that’s how I saw it – out in the cabs, it might have looked like Checkbox 8 – order not in effect until  the arrival of the second coming.) But things rolled smooth over the Summit at Harris – at one point I had five trains in Harris – a helper set sharing the main with freight 202, two Silver Bullets (one on the siding, one on the station track). And the Harris Glen Turn, it was over on Hidden Spur (thank goodness!). Heavy duty railroading!

Best thing – we tried some new ideas this session. First up was the metro train that ran up and down the rails from Pittsburgh Station through to Zaynesville. Over the night, we ran it six times, fully using Main 2 in Martin (I think my stars that we put in that crossover and make that section fully and flexibly functional). Second change – Martin Yard Master now handles light switching duties on his local industries, meaning the brewery, the scrapyard, and someday Nelco around the riverbend. This gives the yard guys something to do in the first twenty slow minutes and takes a bit of a load off the Shelfton Shuffler. It worked well and we’ll probably give it another try next time around.

But yes, it was a real kick-ass session that gave me a smile (a tired smile, but a smile all the same) when we finished it off two-and-a-half hours later. We continue to perform like a club that has been running (and improving) our sessions for decades. Good work, guys!