The small town of Mingo Junction was saved by oblivion today when a relief train finally arrived four months after the town was cut off by surly over-promising gandydancers.

“They came in here, tearing up rails and claiming everything would be back in service in a month,” Mingo Mayor Frank Zvonchenko related. “Days passed and deadlines were broken. The next thing you knew, businesses were closing and we were looking at total famine. And since all the town’s roads end at terrifying drops to a distant concrete floor, there was no way anyone could leave. We were probably a week from Donner Party cannibalism.”

But then, nearly a half-year after the town was cut off from all services, rail service was resumed by a plucky engineer with his dashing bloody-nose engines. “I couldn’t allow this to happen – we had to service the town. I was in such a rush to get here and save these people, I even forgot to drop a boxcar at Patterson Quarry.” 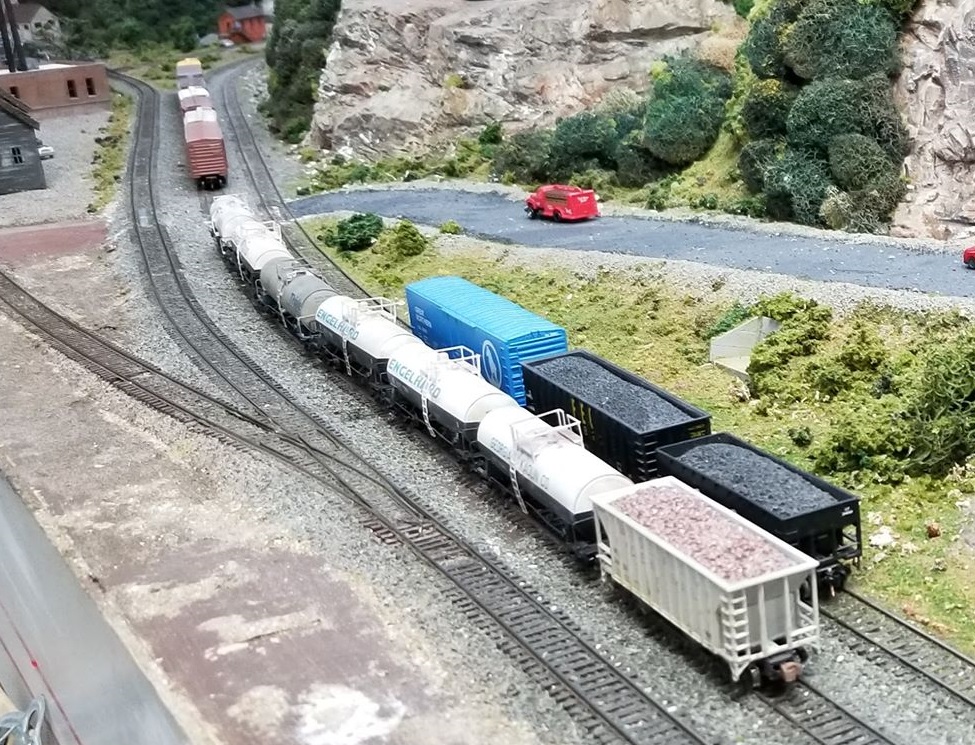 The ceremonies were brief. Little Miss Mingo gave the engineer a bouquet of flowers. And then the townspeople rolled up their sleeves and got to work. With their relief supplies on an interchange track on the town’s outskirts, the citizens unloaded and hand-carried their needed supplies to their empty stores. It was a veritable bucket brigade with pails of coal and heavy rolls of paper being lugged to hungry industries.

“If this event taught us anything,” the Mingo Mayor related as he shouldered a barrel of oil for the stagnant oil refinery, “it’s that we don’t trust hobby carpetbaggers. I’ve heard of auto plants being torn down and left abandoned, even reviewing stands carried off and never returned. It’s like there is a family of criminals out there, one that shakes hands yet doesn’t deliver.”

As of press time, members of the LeVasseur family have refused all calls.

P.S. Just joking with you guys.