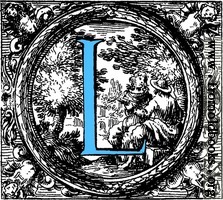 ast run of the year, doing it early on the club layout. And man, what a start.

First, we (meaning the club – I didn’t sign up) have a show this weekend. But I got pulled into the load effort which ran two hours late (with would explain the Silver Bullets in ops). So instead of dinner, I gotta beeline to the club to load modules. And when we open the trailer door, there is a big hole cut into the floor (evidently some people started doing repairs, got bored halfway through and wandered off). So it was a total circus and I wasn’t even involved it in the show. 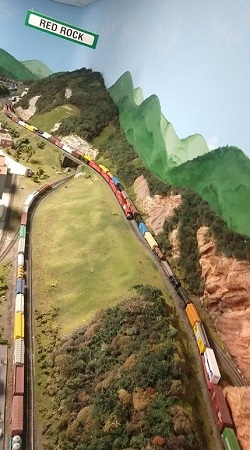 I was in a pretty foul mood by this point. But we sat down to set things up to run, and to try something new. Shaun, one of our younger teen members, has wanted to try dispatching for a while. While the whole railroad is pretty much a handful even for experienced dispatchers, we figured that we could split the railroad at Red Rock (on the western slope of the summit, shown to the right). Everything east (the mountain and Calypso Yard) Shawn would run. Everything west, I would run.

It was pretty good – the kid did well, even through people had to walk in to get warrants verbally for him (since I was using our one phone circuit). Oh, he learned about railroading when two trains climbing west ran into problems when the first bogged down and had to be boosted. Then the crack Silver Bullets found themselves headlight to headlight and had to take drastic measures. But really, he did yeoman work (anyone who doesn’t thing he ran well can report to the DS office for duty in January). It was a pleasure running with him and he made my job a snap.

So, overall, we ran all the passengers late but all the freight ran early. So I guess that’s our priorities, eh?

Keep at it, Shaun. Cody and I need a relief at the panel!