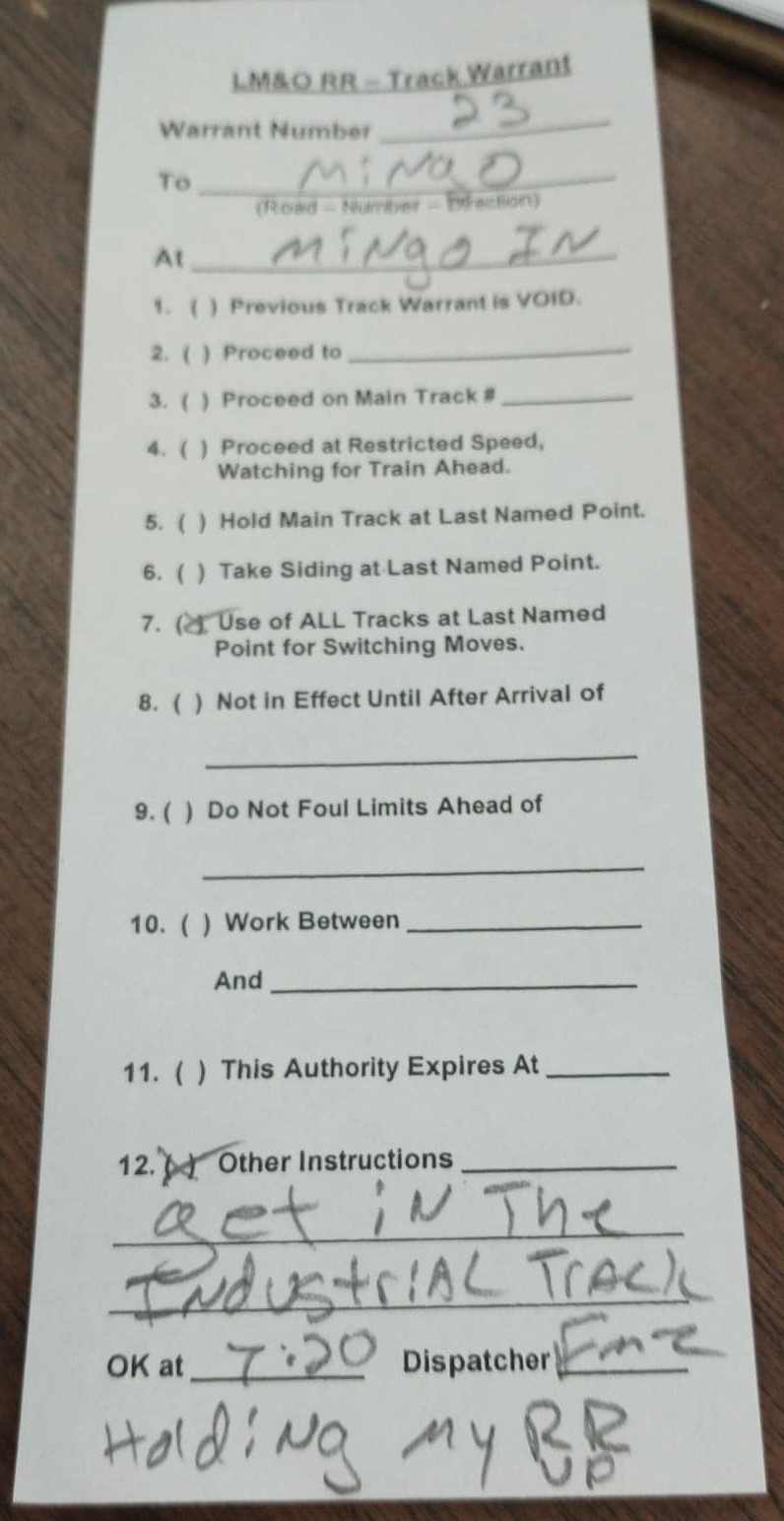 Order Up! Where the hell am I supposed to go, and what do I do? (Photo: Frank Z)

he trouble all started when I was working the Mingo interchange, swapping cuts to and from Wheeling. I asked the cub dispatcher for paper to get back to Mingo Jct (I’d already been issued a warrant to get me just to the interchange, rather than the more traditional out-n-backs Cody Case and I rely on). So I said I wanted to go back and he said “here’s yer warrant” and (given the fact that I was working with Teddy, my new engineer on the Mingo Turn, as well as rerailing other trains and pulling toppled engines out of tunnels) I only glanced at it and rolled home. And so there were were in Mingo with cars on the siding and deep into the restrictive industrial trackage  when all hell broke loose. Two trains were sited to pass at Mingo and we had cars on the siding and no way to rectify it (on reflection, I should have verified with the dispatcher we were leaving a cut there – the usual paper gives me rights to occupy the siding). But yes, there’s the warrant, including the doomed cry for help at the very bottom. It’s like he’s a beleaguered platoon leader calling for artillery support.

Since Mingo was closed, this resulted in a wacky stunt with one freight pulling all the way up the Wheeling interchange to let the other go by. I had to give Enginner Shannon a smile – it was already noon and it had taken him six hours to toil 244 up from Cincinnati – a run that might take two or three. Yeah, it was that sort of night.

Still, with the dispatcher running around, issuing suicide-watch warrants, with headlights shining at each other like light sabres, with trains on the ground, locals stabbing drag freights, and a couple of LAP events that I personally experienced, it was a great time on the layout. While waiting, Teddy and I would chat about Anime and watch the trains highstep pass, exchanging pleasantries with their crews and following the action from deep in the Mingo Hallow. Even after we built back on the siding, the westbound 95 needed to make a station stop so we had to break the train to permit passengers to cross between the platform and the cars.

Later Teddy (who hadn’t learned his lesson yet) rode with me on a lightning round of Harris Glen Turn, the scenic switch run over the hill. After a hour spent in Mingo, it was nice to stretch our legs.

But, as always, as long as there is not an electrical fire, a fist-fight, or one of John’s engines smokes (I lost that club pool bet, dammit), it was a good night. Even shorthanded, we ran six freights, four locals (I knocked off two), two passengers, a coal drag and a juice train. Teddy and I were the last to finish up, rolling past the Calypso limit signs at 6:30am the next day. 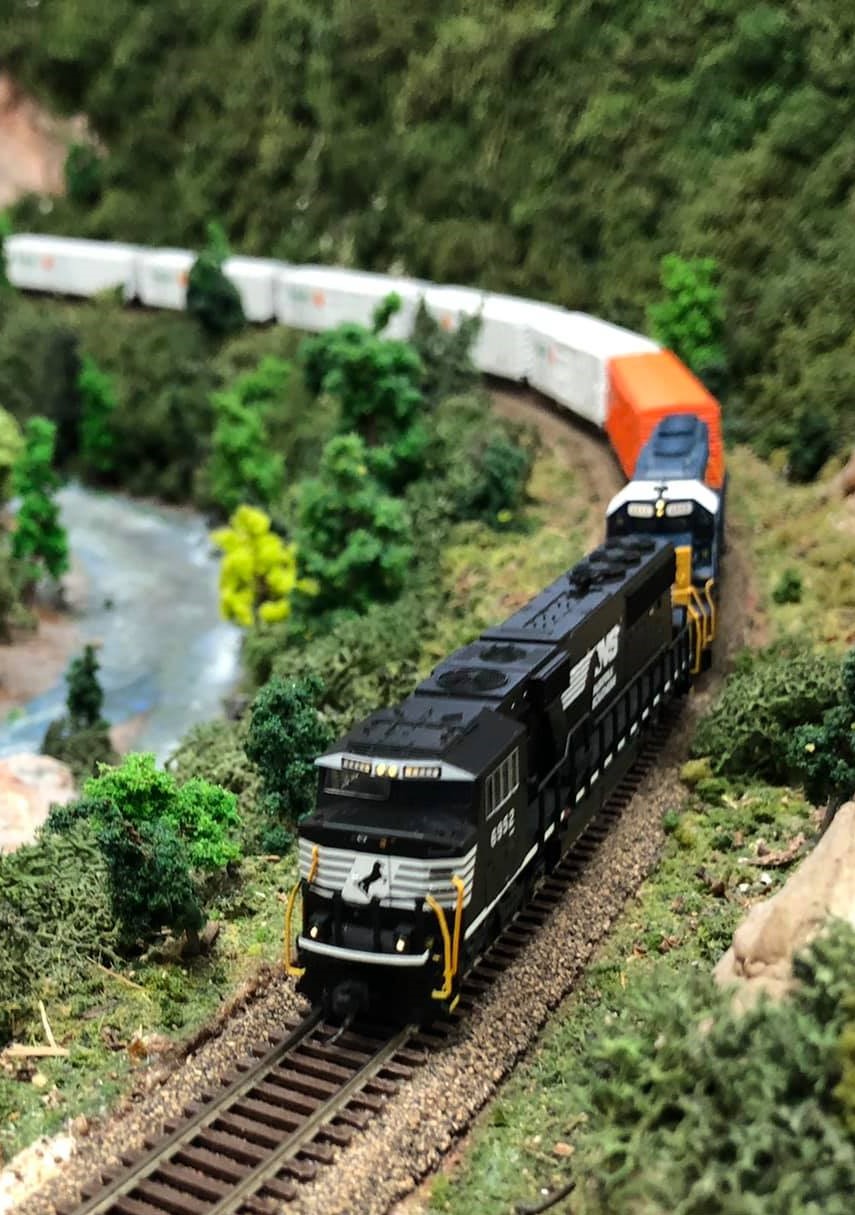 An empty Tropicana Train rolls out of Cincinnati, OH, for the eastern mainlines and distant Florida (Photo: John DeVasto)