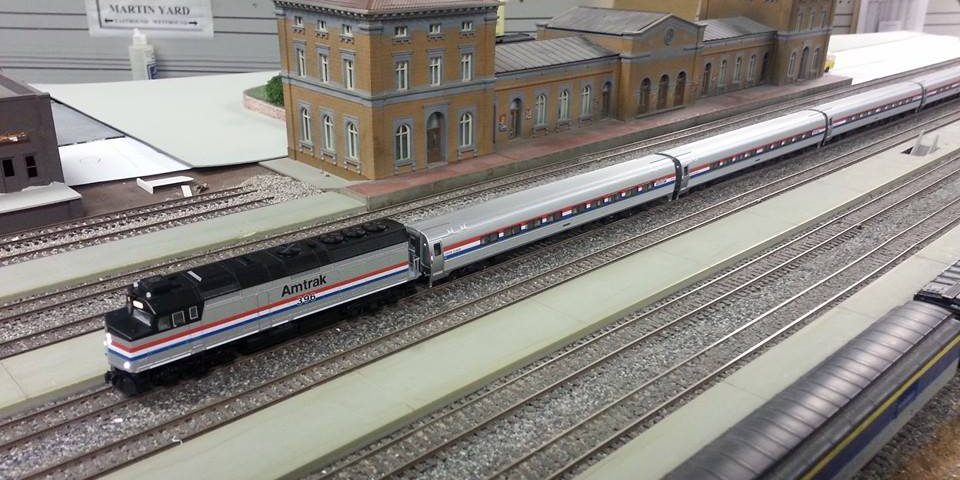 ne of my favorite moments in history is when, at the height of the German air assault on London and the plotting board full of enemy planes, Prime Minister Churchill turned to Air Vice Marshal Park and asked what reserves they had remaining. He was told, “There are none.”

That’s how I felt on ops night when I came into the club lot and found only a handful of cars. My dispatcher had lost a filling and wouldn’t be there. Several other people were out traveling or in hospitals. We were really, really short.

And that’s when the club really came together. When we started I thought we might run three or four freights and perhaps two locals. One or two late-comers joined in, but what really helped were the members who finished one train and signed up for another. We had our newest member John run the Shelfton Local (his first time doing a switch tick) then hopping into a taxi to run over and bring a drag freight across the division. Mike and Jeff both ran earlier trains but picked up the last freights. And Jared gets special mention for running two locals as a superlocal (Zanesville and Mingo Jct), topping out at thirty-seven cars by the time he cleared Weirton.

In the end, we ran everything but the two numbered passenger trains (the Silver Bullets both ran on-the-dot on time). We also got two coal drags over the summit. No undue delays, everything running sweet and smooth, and the layout really operating as good as it looks. It was really a fun session.

Special note goes out to our buddy Don, laid up in the hospital with wounds suffered from our sectional layout. One of the boys brought in a Pennsy GG1 and set it out in Pittsburg station, one of those little “in our thoughts” things. Get well soon, Don!

Anyway, a great session with a great group and fun all around!

>>>THE ONLY THING THAT WOULD MAKE THIS DAY PERFECT IS IF I SOLD A BOOK. YOU CAN MAKE MY DREAMS COME TRUE – ORDER A NOVEL FROM ME HERE!<<<