he terrible crash on the LM&O in East Red Rock tonight was a true railroad operational accident. Several people placed their throttles on the same facial shelf. One guy accidentally picks up another guy’s throttle and gives it a twist. Of course, when his engine doesn’t budge he spins to to the peg. And while nothings happening down in Mingo-land, up in Red Rock Train 202 East launches out of its siding, derailing all units across the turnout just in time to take Train 223 full facial. Of course, since it was Terry’s last session, we didn’t want him to go to Kansas City. We wanted to send him to Railroad Valhalla entombed inside a burning forward unit.

All you people maybe considering switching to another club should look at the burning cloud of smoke and rethink your shaky devotion to our club.

Outside of that, it was a hectic session. Everything but a couple of fleabag second rate passenger trains were signed up for. I decided to run Harris Local but I’d just done my runaround in Mingo Yard when an urgent call came in for helpers on a coal train that had coupled up a lot of hoppers, got to the base of the Harris assent and thought better of it. Hopped into old 3001 (I think that engine is something like 20 years old at this point) and cut in about two-thirds of the way back. Relaxing ride to the summit but as I left, an eastbound freight getting worked at Martin also figured he didn’t have the ach-pees to get to the top of the Glen. Told him to switch slow – I’d be back when I could. Went up, cut off, got my paper and free-rolled back down. Cut into this second train (back in my favorite location, a couple of cars up from the caboose) and again started shoving.

It should be noted that for the assisted runs nobody was killed and we only dropped one axle across the two runs. The crews have to stop being so timid around helpers. There were troubles in the past but if you pay attention and keep track of how hard you are pushing, you generally can make it to the top (true in so many things, no?). 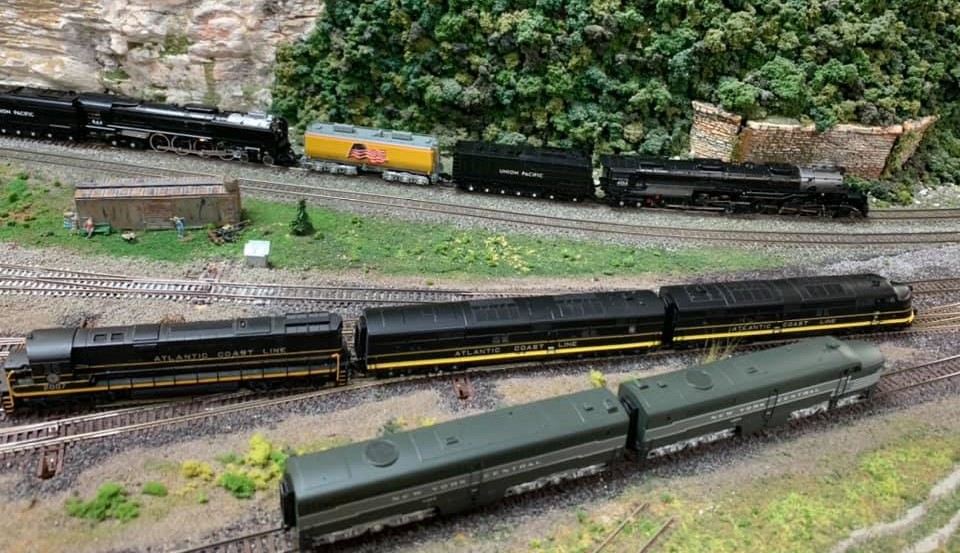 A steam excursion rolls past while a freight gets serviced in Martin Yard (Photo: Jim M)

I think Dispatcher Cody was about to strangle some of the crews. All I know was that open turnouts on the main were a dime a dozen, and I know which engineers were supplying the dimes.

And yes, I’ll clean up the mineral spirits experiment next week. I don’t think it caused all the problems everyone was attributing to it (and it certainly had nothing to do with Covid) but I will clean it off after the meeting.

>>BOOKS HERE. CAN’T THINK OF ANY WITTY THINGS TO SAY ABOUT THIS LINK<<< 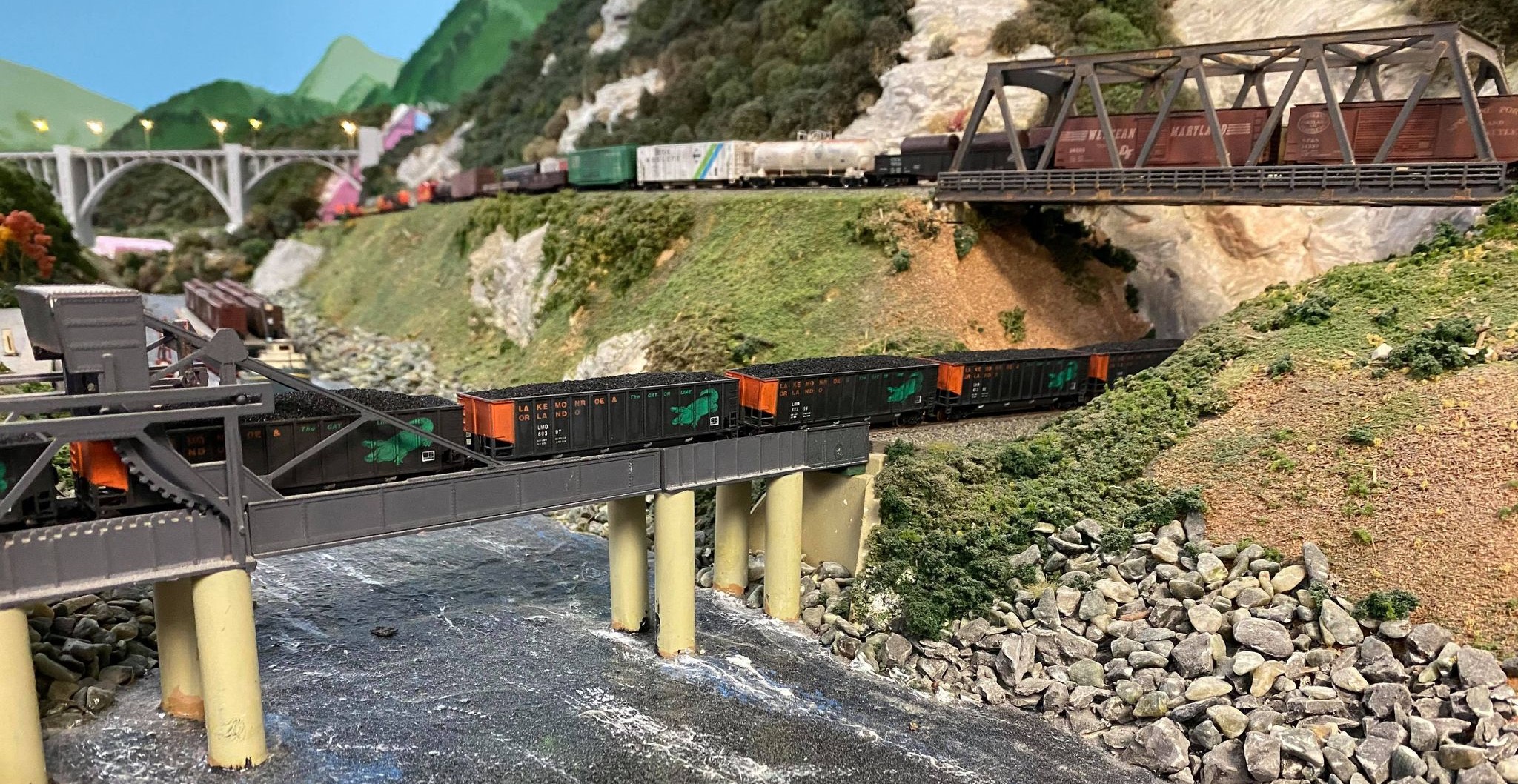 A coal train rumbles towards it’s meeting with helpers while a freight waits at Red Rock, the new Westinghouse bridge in the background (Photo: Mike A)