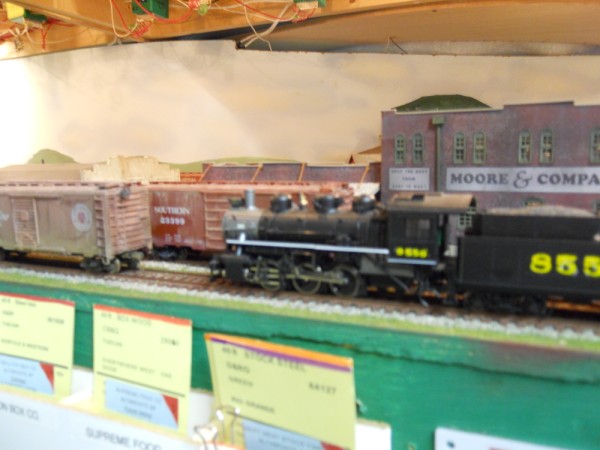 It’s feast or famine with ops attendance sometimes. This weekend’s session, we had a number of no-shows. Tonight the L&S looked like a popular nightclub – the room was packed, close, and very hot. Trains were going out with two-man crews (or husband-and-Kimmy crews) to get their work done. 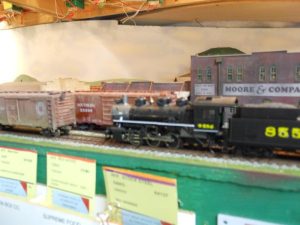 Snatching up a final car on the way to the barn.

I crossed my name off the engineer’s list, picking instead to run over to Hunt Club with Engineer Steve. He was an old hand at ops, so mostly my job was keeping the paperwork straight and lining turnouts from a distant panel. Easy enough. We clattered home with plenty of time.

But its nice as the session winds down, after a lot of folks have gone home (I like my many friends, but they do clog an aisle). Took out the second Hunt Club turn (with, suspiciously, cars that looked exactly like the ones we’d brought back on the earlier run). Had to hold on a siding to let a couple of trains get into the yard. Finally I could work Hunt Club, just an easy out-of-the-way job. The steam engine I had had a good sound system, so I could tap the whistle signals crisply. Sorted everything out, ran around the train, and picked up a final car on the way out of town. Easy job. It’s nice when they are aren’t… epic.