o the second half of Ops Day (which started on the VSW) resumed one hour of driving later, following a large Italian dinner graciously provided by our hosts. And the thing is, after a two hour trip over from their east-coast accommodations, four-five hours of heavy ops on Wilke’s coal line, another hour and a good meal, the crews were a bit loggy. Our ops were not the best. Everyone was just tired.

I was tucked in the back room on the dispatcher panel, working through my warrants (I wrote eighty-ninety warrants overall that day across nine hours of ops). I could hear a couple of guys just gas-bagging in the living room – with fewer crews, we had fewer trains and that meant less mental-work for me (which I enjoy). No, it was pretty much one-train-runs-east, one-train-runs-west. And whatever skills and professionalisms people had brought to the AM session, those were gone now. Possibly I’m making too big a thing about this; some guys just ran their jobs competently and it was very little paperwork on my part to support them. But still – we started the session with me playing with the room cameras (a new feature Tom has added). I was checking a local I had working at Avella yet noticed a “mystery freight” going through town, heading towards Pittsburgh Junction. Since I didn’t remember initializing this train, I called overhead. They told me they’d been told to leave Rook Yard by the yard master and so they had. That shows just how far off the A-game we’d fallen – I don’t remember anyone advancing without authority at the VSW. 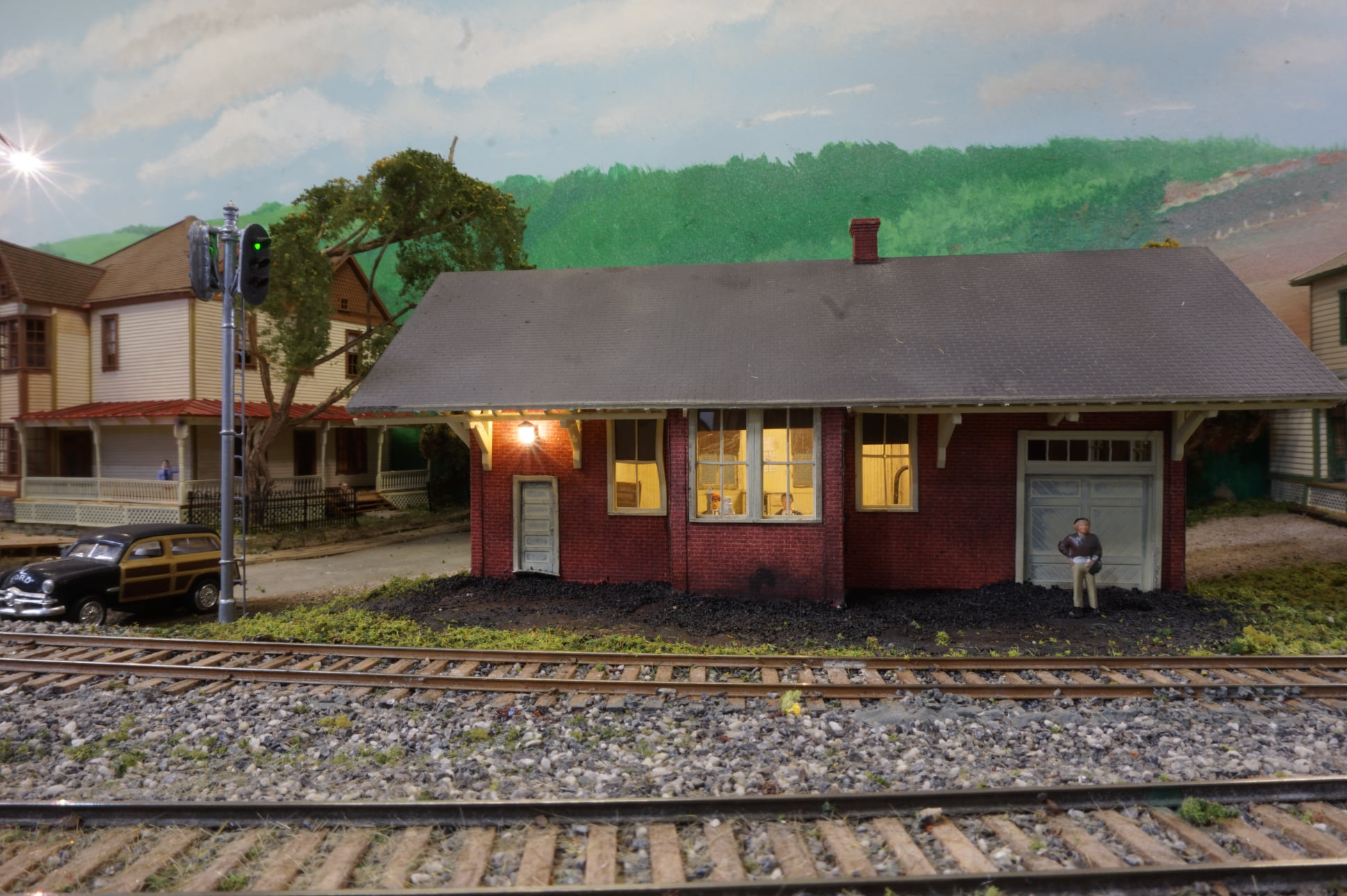 Stock photo of Avella Station, where the ghost trains run. The station board is set to green, explaining why the station operator is sitting on his little plastic butt, watching the upcoming roll-by (Photo: Tom W)

But hey, Tom kept working through shorts and such, making sure the railroad ran for it’s allotted time (even though half the crew had left, a couple were still telling their life-stories in the living room, and the dispatcher was nodding off). On the good side, we kept at it, weary as we were, an ran most of the trains across the line.

As usual, with the meal and the running and everything else, Tom and his wife host a wonderful session. And yes, even though I was dog-tired and had another 90 minutes on the road, I was pretty happy at how it all went down. I’m glad I was able to attend this full-throttle day of operations!