kay, so we got to run on the Pittsburgh and West Virginia today, a sort of retirees session held in the middle of a Friday when all the good people of the world are working hard (at the car wash or other places of employment). The good thing here was that, unlike our last disappointing session when over half those signing up didn’t bother to show (and our plucky dispatcher found himself in the cab, running trains and watching for headlights), we had a full crew. One guy couldn’t make it but luckily called host Tom Wilson in time for me to scramble Greg Wells (on standby alert) to launch. So full house.

A little rough out in the room, from the screams and bellows I heard over the line. Apparently there problems that required opening the garage door for access, as well as other things. I could tell things were amiss when trains would show up massively overdue at their destinations (like something out of a Steven Spielberg movie).

And about that – my big problem were the engineers with their casual nature regarding OS reports. I need to hear from crews as they pass stations. When Tom and I went over this in the briefing, everyone nodded (I thought that was in acceptance of our reporting needs, but possibly it was more like those drink birds that just bob when they’ve absorbed enough water). Either way, nobody called in an OS, making this a bit of a slow afternoon for me. After all, I can keep track of trains on the train sheet, but places like West Belt Jct, where one branch line leaves the mains for the mill yards, I need to know when trains have gone past so I can send others through. As it was, I was having to write two warrants in every case – one to get them to the Junction, and the other to proceed through after the arrival of their opposing train (and hey, the engineer holding the warrant could wander around and find out of the opposition had gone by yet). Next time I’m going to have to write these into the warrants until you OS at stations.

But otherwise, I good session and a smooth ride home (via Apopka). Thanks for having us, Tom!

P.S. Orlando N-Trak, we’re going to have a special session on the P&WV next February. It will be TT&TO, but I’ll give a clinic before we go out (or maybe write out a quick handbook). Anyway, I’ll let you know a date as we get closer to it! 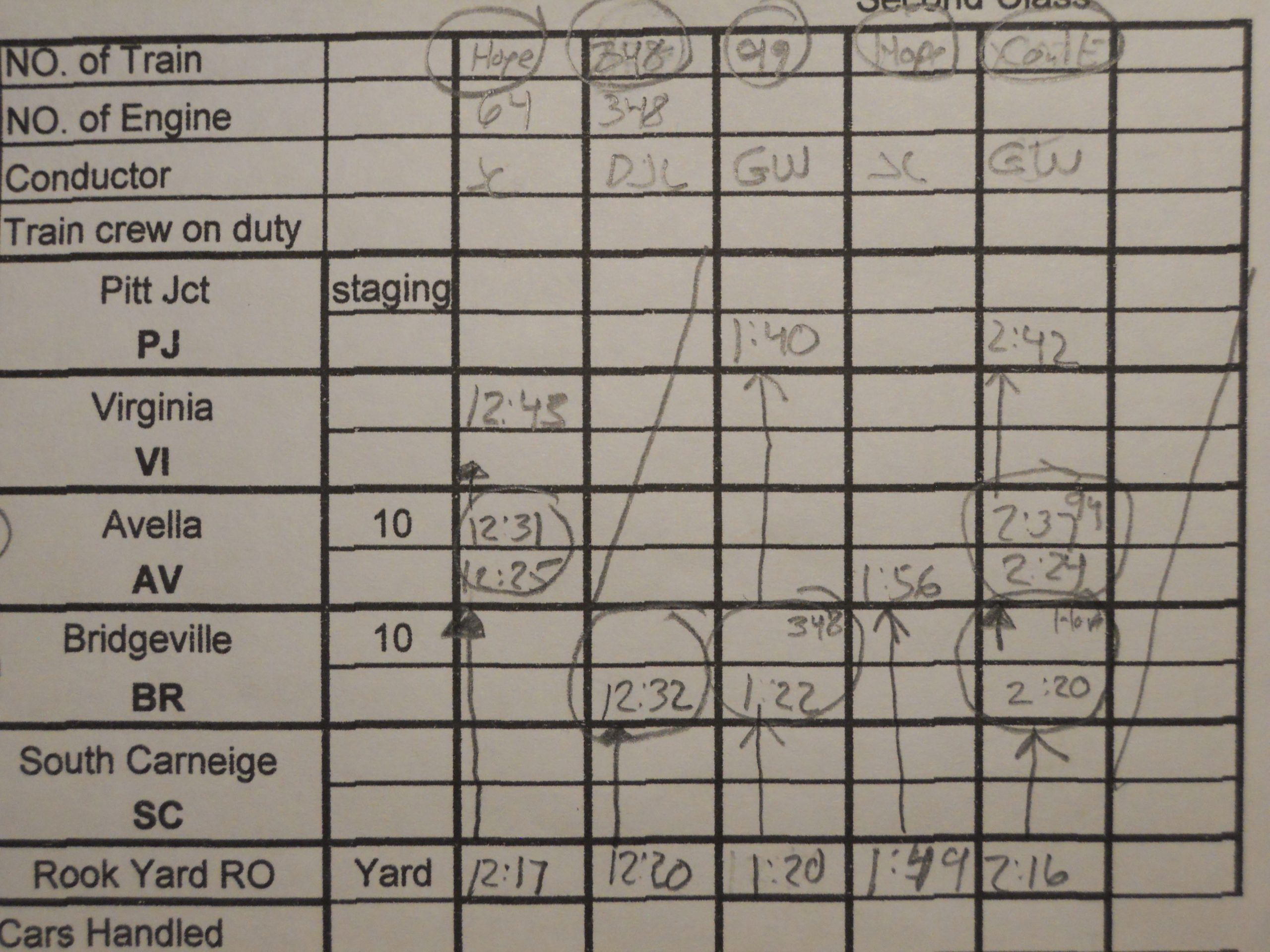