nless someone passes out and a person waves a throttle around and shouts, “Is there a model train operator in the house?”, this was my last session for my busy 2022.

We had a quiet Friday afternoon session over at the clubhouse, just a couple of good friends and myself running the Tuscarora. The standing rule was (since there is a bit of a demand for the newly reprogrammed tower) is that after eight hours, engineers can swap out with tower operators. And it worked out well; the coal guy switched out with the tower and positions stabilized for the final 16 hours of running.

After I printed up my “final” sheets, laminating them and everything, I found three typos. I simply can’t believe that. 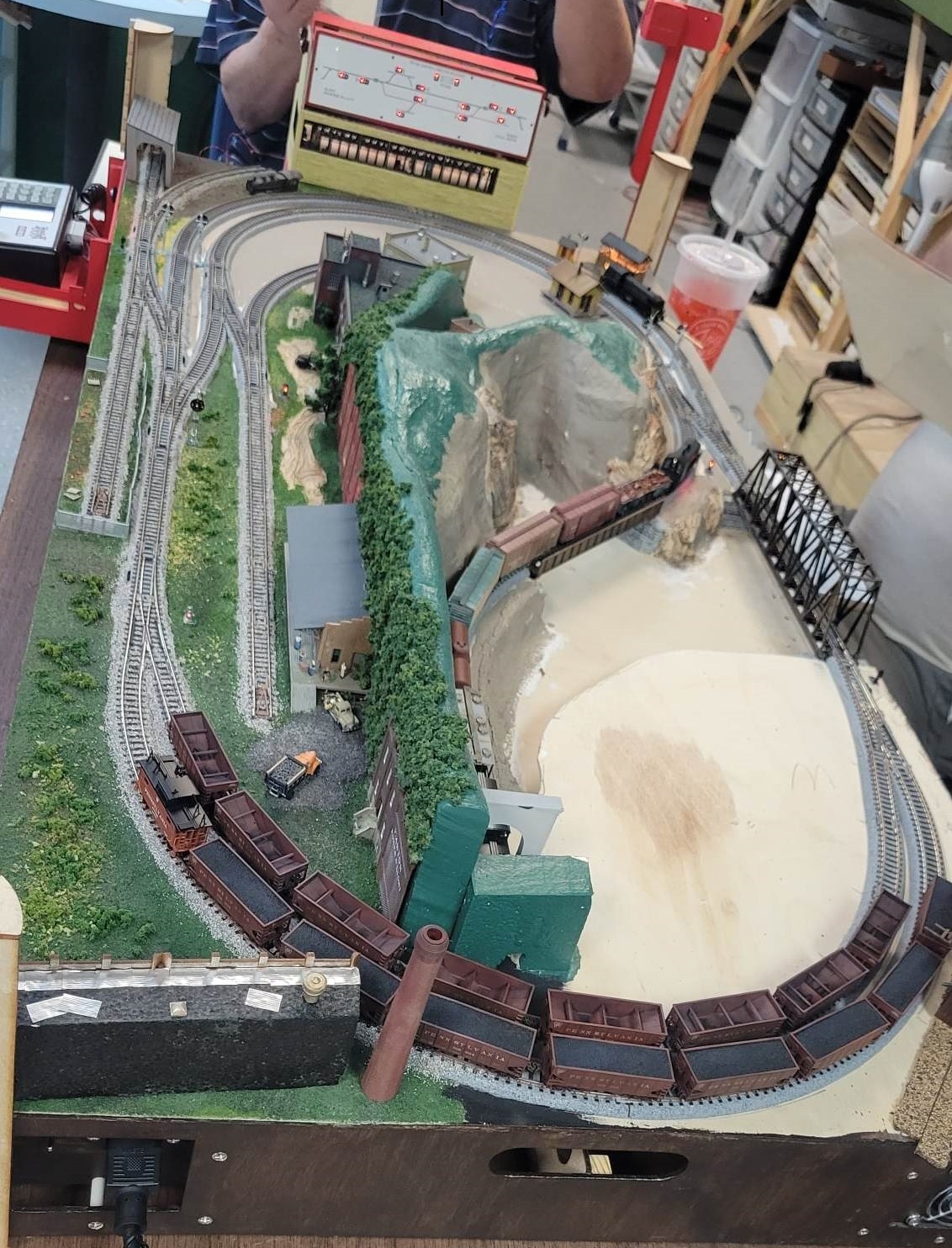 The Tuscarora seconds before going hot. Two cuts are in the loads-in/loads-out and the first train of the day, MT-1, waits for a green signal to come into town (Photo: Chris S)

I looked at my excel Wheel List report – it packs a lot of information into a small space. But with a newbie on the job, I think it was too much info. See, my scheduled operator is a game designer so if he’s having problems with the layout, think of normal-Joes. Anyway, the idea hit that maybe I need to take the wheel report and revamp it as a series of switchlists, little reports that specific trains use to drop and pick up cars. See, since I’m generating the information on the sheet anyway, I’ll just lift most of the information and dump it onto the new switchlists – the old wheel report will be preserved.

But, yes, the session – it ran brilliantly. The crews were attentive. The towermen were sharp. The switching was fun yet not a labor. We had a great time. And my scheduled guy just picked up the record – while running the West Drill move, four of the six cars were in perfect order – the prior record was three. I should have had a trophy made up for this.

Anyway, everyone had a great time in ringing out 2022 in the cold Pennsylvania coal hills, moving freights and coal runs up and down the branch line in 1962. With January shaping up to be crazy-busy, I probably won’t get the TBL out for a month.

And I’ll miss it dearly!