last left you at the point where, at the head-end of a flat-car motherload of a freight, I looked into the grim future and wondered what would happen next. We resume.

“Car on the ground! We’re  scissoring!”

It’s ten minutes into the Sunday session and we’ve left Cliff for the hidden helix under Rowan. And of course, in those tight clearances, we’ve accordioned four flatcars on the ground, the in dark close confines of the helix. What a mess.

That was pretty much the worst of it – I pocketed the cars and put them back into the cut once we cleared the Mines of Moria. After that, it was a high-stepping rush up through Woodford, Walong, and points east. Got to Tehachapi and jettisoned helpers – since I was head-end, it was all my train now and flats weren’t any trouble at all on the long straights down to the Mojave sink. It was the sort of railroading where you watch your train roll past.

For the afternoon, I took a kid out for a spin, running with him from Mojave west, showing him all the tricks (like how you had to allow brakemen time to mount after throwing switches). Nice meet in the loop with another train – at least twenty museum guests watched our general freight ease by a beet train, folding over each other like mating boas. Overall, the run was good and we picked up out meets just as the dispatcher ordered, sliding home past Bena before a big bad passenger movement spoiled the fun.

My last run on the line for this visit was a unit train of Irony – I had to run the Arvin turn out to the potato fields and swap empties for loads. And my buddy John was now on station there, pushing orange cubes around and none-too-happy that he was getting about thirty more. It’s a living. Dumped off the cut and ran light back. Still, it could have been quicker – I waited an hour for what was basically something as important as a fortune cookie slip – I just needed the operator (not the dispatcher) to cut me clearance out of the yard and over to Magunden to hit the Arvin branch. But no, it was an hour wait. So, oh well, nothing to do but hang out, help clean the break room and let the session run out.

But overall a great set of days over with the La Mesa group. Thanks to Andrea and her boys for making it possible. As always, it’s great to roleplay railroading. Nothing I do in terms of operations comes close!

>>BOOK PITCH HERE – FOLLOW THE LINK. YOU KNOW HOW IT WORKS<<< 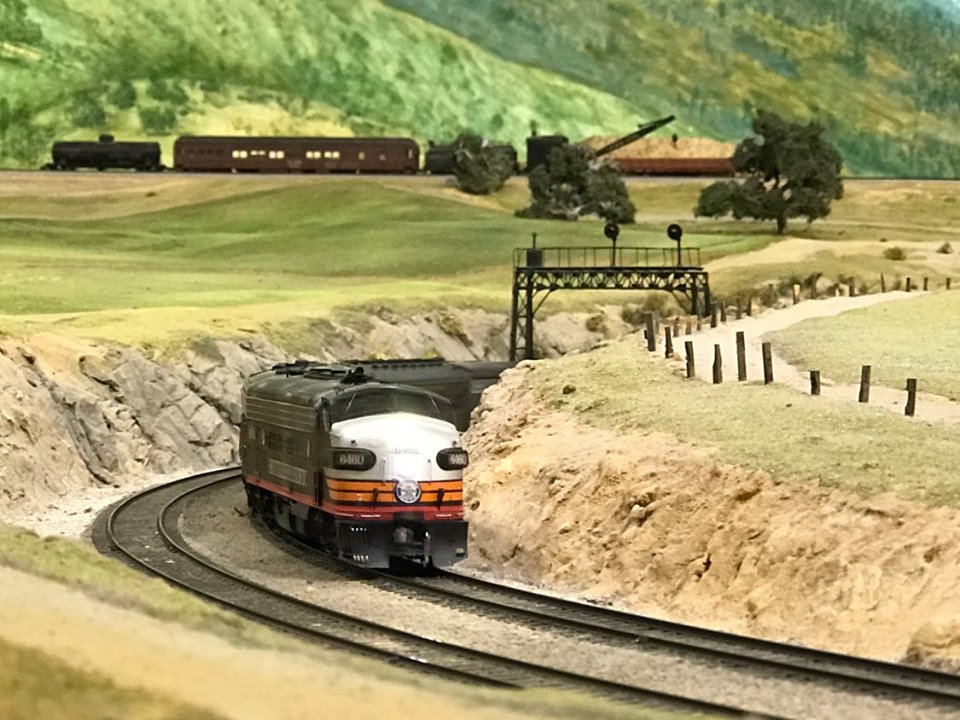