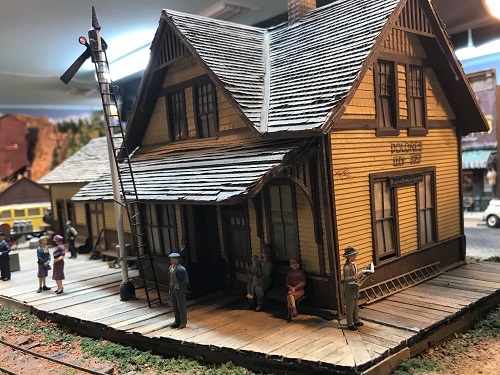 here was that time I took my programming team out for a status meeting/walk around Lake Eola. When the boss found out about that, I was told to “keep my Berkley ideas to myself.”

And there were those huge pointless meetings every day in corporate testing, where everyone had to listen about everyone’s status. I tried to explain that railroads don’t run with everyone knowing everything. Through scheduling and rules, railroads start different shifts in different places and everyone is instantly on the same page. I was told “this isn’t railroading.”

The thing is, corporations are very disinterested in changing the way they do things, even when they are wasteful and stupid. There are a lot of embedded people who make their livelihoods off those wasteful, stupid processes.

Which is why I’m so happy to be a part of the Western Bay Railroad. This gem of a line is at the limit of commuting to but still worth the trip. When Buddy Bruce and I hooked up with these guys it was Mother-May-I and crummy phones. Now they’ve gone to station operators and radios, with crews focused on their trains and the dispatcher communicating things through his SO intermediaries (with the Superintendent running about the place, castigating off-script engineers). 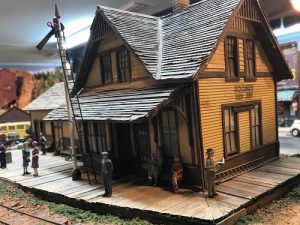 So this is where I spent my day – Dolores. Little town up in the Rockies that grew up supporting the local pocket mines and interacting with the narrow gauge. And me, I’m sitting right in that forward bay window, telling the dispatcher when his trains highball through and passing his demands to the crews (I’m actually in Placerville Junction and Dulcie too, but that’s a metaphysical thing that’s hard to explain). But yes, it’s a good job, one if you like doing things other than cranking your knob. But the best thing is I’m part of a railroad that is really coming together and working, session by session, more like a 1930’s transportation system and less like toy trains on spectacular scenery.

What could be better than that?