nlike our model railroad club sectional layout, which was designed and evolved along the stretch between Jacksonville, Florida to Folkston, Georgia, our sprawling permanent layout was little-planned (with an overall concept design or two and a clay mockup). Originally it was transcontinental (which is pretty damn foolish, looking back from twenty years later). About a decade ago, we decided to shorten this to a realistic concept and modeled Bound Brook, New Jersey to Cincinnati, Ohio (still rather big, but better). In the middle (closest to the entry) we have Pittsburgh. Because that’s what it was, not because we’d actually lain track to duplicate anything in particular.

Pittsburgh has gone through many iterations (I did the third and am now doing the fifth). So this time, we’re trying to actually give it an air towards reality. As I ponder just how I’ll do this, a friend loaned me his book Pennsylvania Railroad Facilities (Volume 10).

This book is pretty much a collection of pictures along the main line from Derry to Penn Station. Pretty much every milepost or so, the compilers explain what happened here, what is shown, and how the railroad has changed from then (the early 50s, if not before) until now. 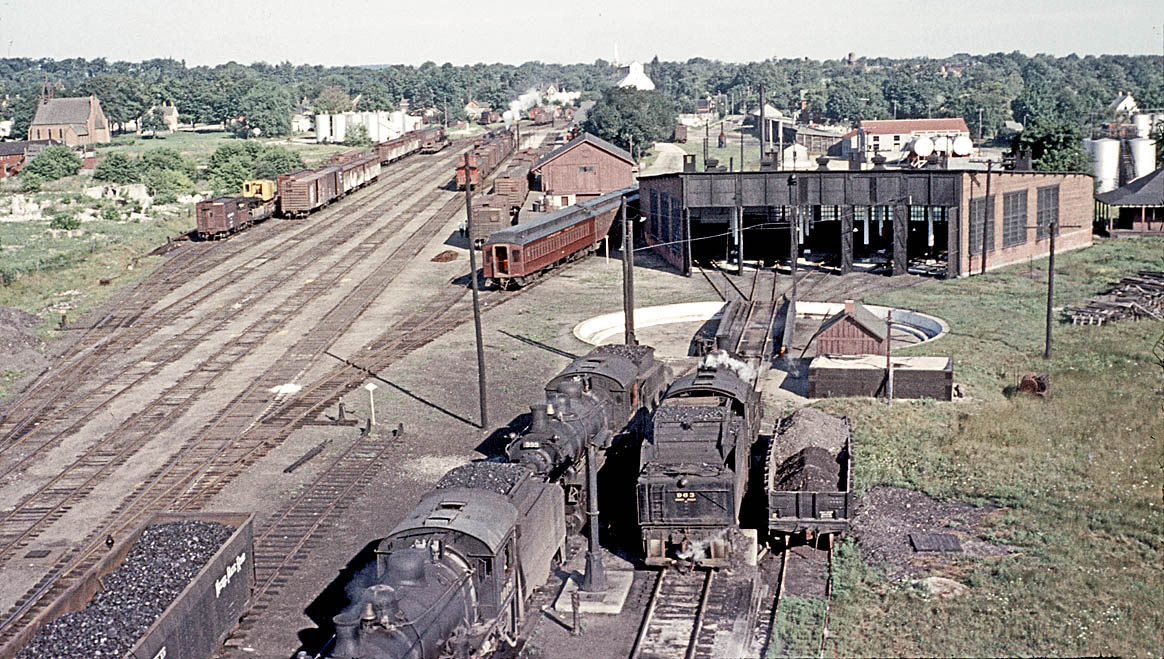 Not from the book, but an example of what you’ll see.

It’s very sad in a way, seeing the wonderful architectural effort put into line-side buildings (and even tool sheds) slowly decay over our century of progress. And during this, the high-stepping steam engines and shining passenger coaches are replaced by bullet-nose diesels (which are shown as chipped and rusty a decade later) and then by practical (and functional (and boxy)) modern diesels lugging very efficient container trains. But the sorrow aside, it is interesting to trace the sweep of tracks down along the various rivers, the stations that spring up with the sprawl of suburbs and collapse with the access of autos. It did give me an appreciation of what we’re trying to do, even if the layout isn’t set up for that.

I’ve got a lot of work cut out for me, but this book will help out a lot.