echnically, the part about waking up Hell happened the day before.

I’d been up early the day of travel, cross the country to California, the Earth’s rotation working against me. So a long day of effort. Got into San Fran in the early afternoon, ate dinner at a little Pub along Haight (and two dark-lager pints)  and I crashed at 6pm – felt like 11pm – lights out.

And I woke up to blazing heat and pounding noise. Hell!

Turns out the AC in the house we rented was set hot. And some busker was across the street doing amplified guitar riffs at 9pm. Fortunately some beat cops turned off his amps and he eventually drifted away. 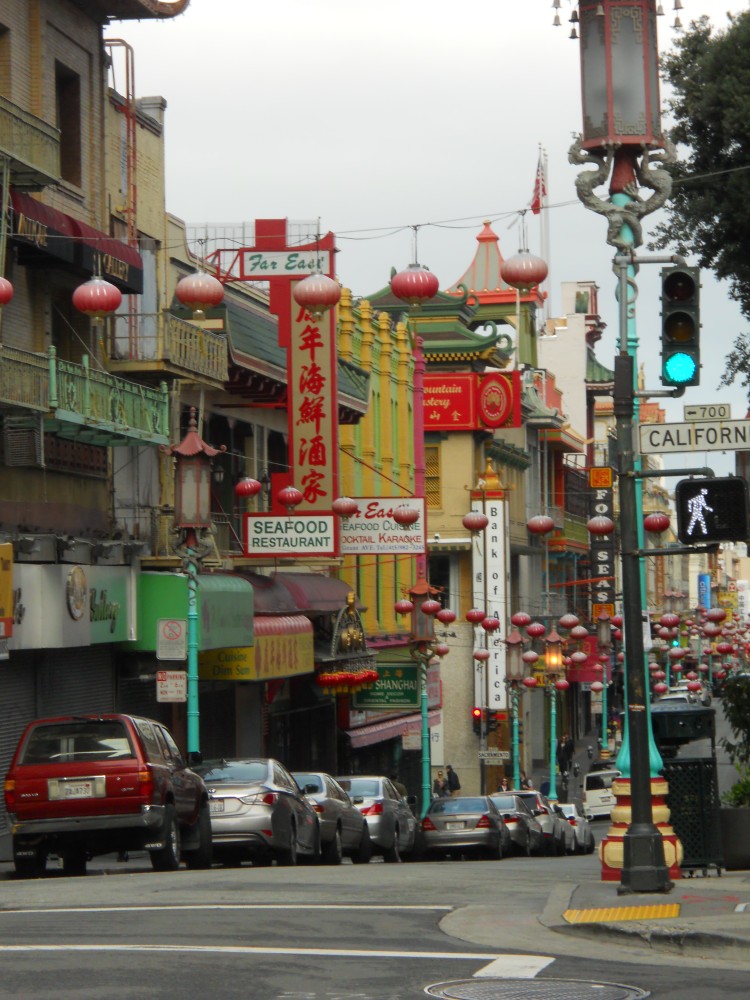 So, our first day of San Francisco, we pretty much walked cross-town. We started off with an Uber ride (trust my app-head sister to arrange this) to Union Park. From there, we walked over to the business district, then over to Chinatown. There, I found out what happens when you take three women through a kitsch shopping area. Two hours later we’d finally bought all our nicks and knacks (I hung around against a dragon-topped lamppost, looking either like some serial adventurer from the 30s or the Midnight Cowboy). Fortunately, no businessmen tried to pick me up.

After a nice lunch at a walk-down Chinese place (we were the only Caucasians there) we headed across town to Coit Tower atop Telegraph Hill. Stiff hike up to the top, 275 feet (or twenty-seven floors of climbing). But atop the summit, atop its tower, a sweeping view of everything! Took a lot of pictures out the open windows. Just wonderful.

After that, we walked down to Fisherman’s Wharf – as touristy as it comes now (and hell, I’m from Orlando). But we hung around the vintage arcade and looked at some of the old stereographic machines (WW1 and the great earthquake/fire of 1906). JB and I also got a chance to stroll the wharf, checking out the WW2 sub and liberty ship they have docked there. The sub we’d gone into before, and we really didn’t have time to go into the liberty ship.

Back in the wharf complex at pier 39, it really started to rain. My sister called Uber again and home we went. Dinner that night, we walked through light rain that turned heavy while we sat in our noisy Mexican restaurant. So again she called Uber. And I’ll say this about the service – I wasn’t hot about it. It’s techy and flashy and undercuts cab companies. But yes, it was pretty handy to have a driver show up within a minute or two, and get a quick and easy ride across town for a pittance. And even though I’m very resistant to change, I’ll give Uber credit for fast service across the bay area. Yes, that’s approval. I don’t do it often and it might be a little choppy.

So it’s late and rainy in San Francisco, the sort of night Sam Spade hangs out in a trenchcoat against a sheltered wall and watches a doorway for his mark. The nieces are out drinking, the wife is jotting notes in her notebook, and I’m wrapping up this blog. I’ll sleep good tonight (the rain should hold off the buskers).

>>WHILE NOT WRITING TRAVEL REPORTS, I WRITE BOOKS. CHECK MINE OUT HERE!<<< 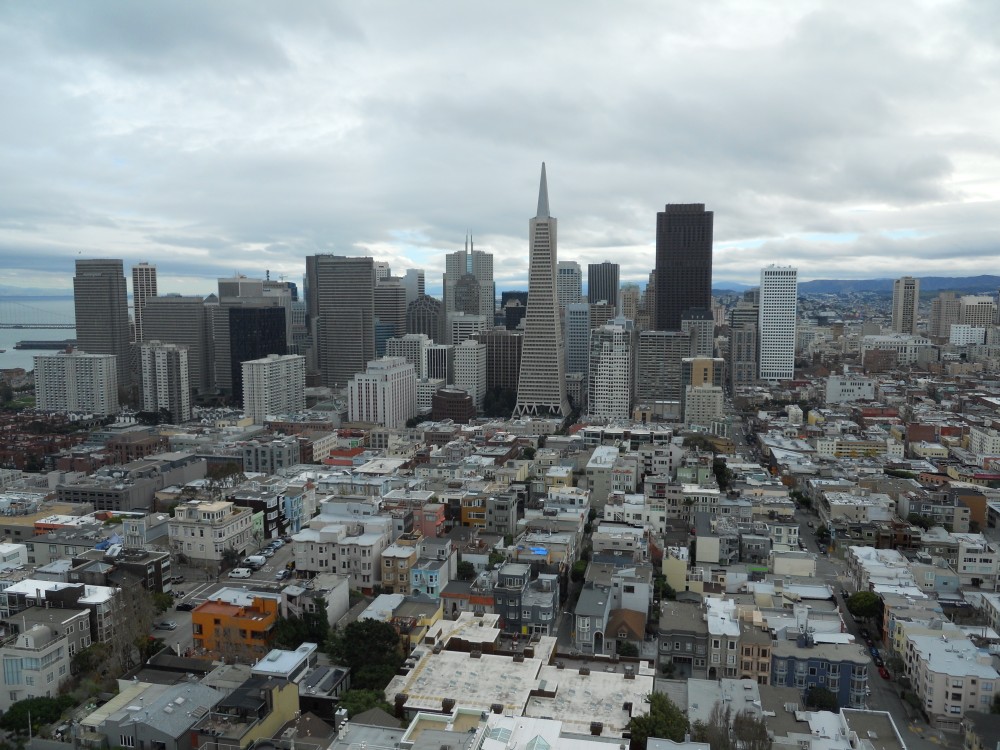