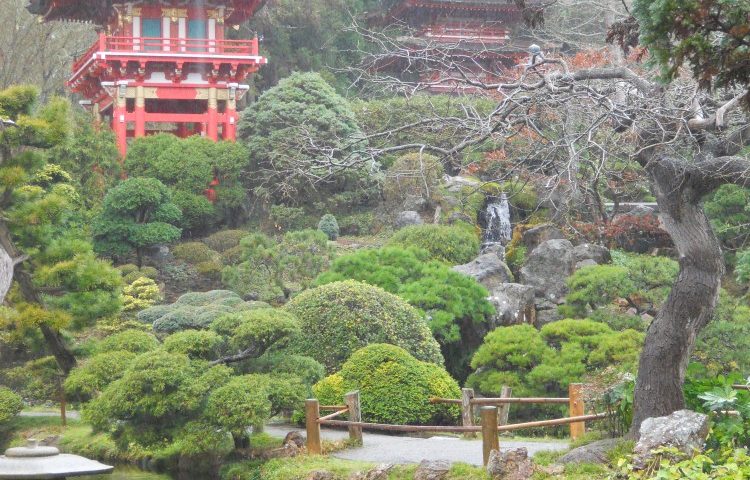 ith day-long rains predicted (where’s that drought I heard so much about?), our first trip (stepping around the sing-along hobos outside) was down Haight to Robert’s (aptly named) Hardware where we bought a tiny flash light (for late-night suitcase digging) and an umbrella (duh!). As we came out, we realized that right across the street was a cool looking bookstore.

After taking the place apart brick by brick ($150 later) we returned back to the apartment to drop off our swag (the ‘boes had drifted off to their day occupations, leaving their gin bottles and urine stench behind). Then we embarked on a casual trip, walking north to Panhandle Park (double meaning in this town) and then tracking it west to the Golden Gate Park. A little drizzle but a nice walk all the same. The park closes its primary road on Sundays so no traffic, just joggers and cyclists and shoe-leather-burning tourists. 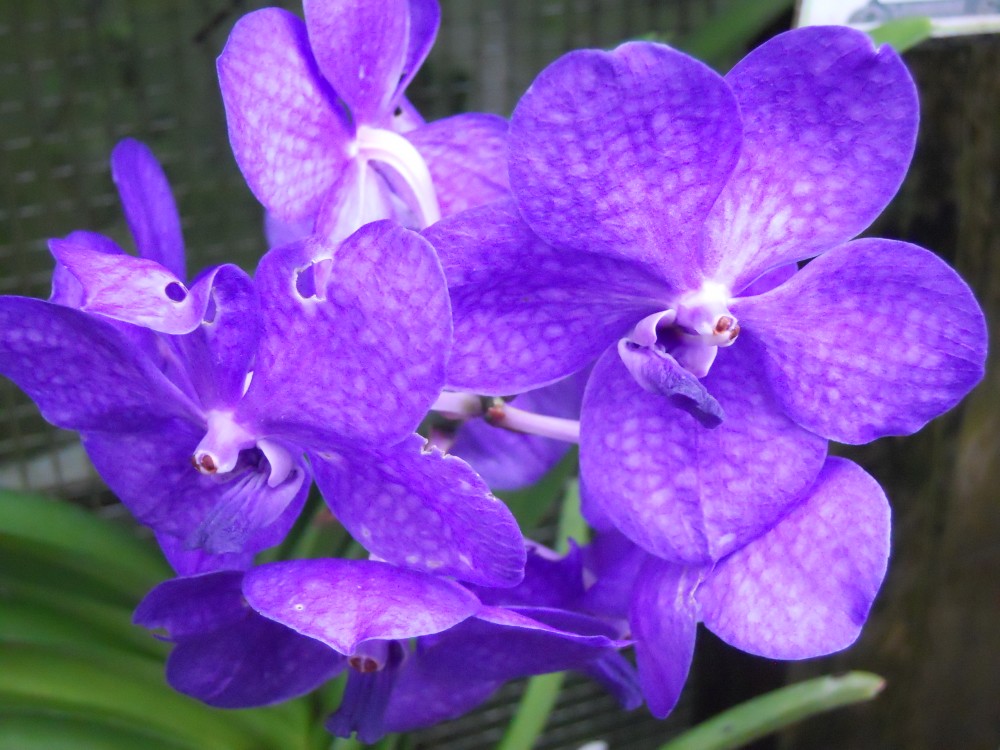 We would have gone right by the Conservatory of Flowers save for the banners announcing a garden railroad currently on display. Hey, that sounded cool. It turns out it was about as threadbare a display as a circus animal, just a loop of track in mistmatched scenery buildings (pried from other uses, it looked like). Still, the rest of the plants were nice – sectional areas in the cold greenhouse, each at its own temperature and humidity. Really neat.

After that, we walked through the largely empty park (like the Omega couple in the rain) over to the Japanese Tea Garden. Had a nice lunch, tea and small Japanese sandwiches (are there such things?). Watched an egret fish in the pond below our seats. Then we went for a free tour of the place with a guide (and his dog), a nice hour spent learning the story behind the garden. By the time it was done, it was starting to come down cold and wet. JB and I made one more loop of the gardens to collect photographs and then headed for the art museum next door.

This turned out to be a bad idea – apparently every citizen in San Francisco decided to go to the museum on this rainy Sunday. JB and I decided it was cold and wet enough. As we are not clever, tech-savvy and urbane enough for Uber, we walked the mile and change back. Actually, nice walk, just strolling down the middle of an empty four lane highway, the rain tattooing off the umbrella. Cold, yes. Wet, yes. But enjoyable. 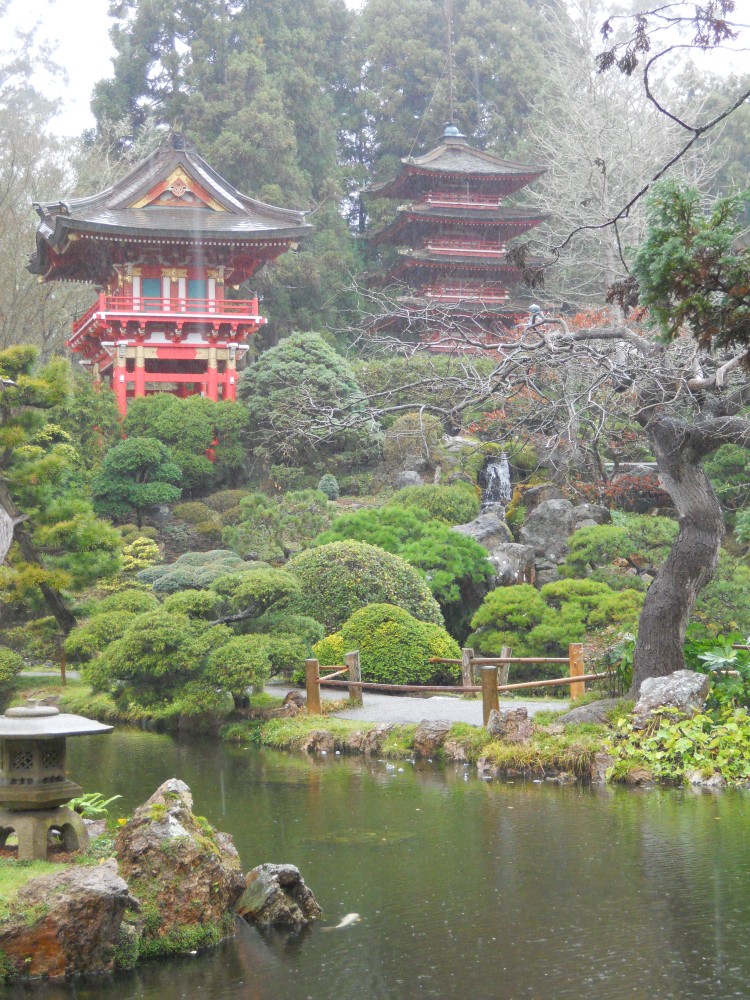 After we got home (the other parties were coming in, everyone drenched) we went next door (how convenient) to the coffee shop. Sat in sunken comfort in a thick sofa, sipping our steaming brews and listening to the rain come down.

After home, naps and reading, it was time for dinner. Turns out pretty much everyone (with the exception of the gentle tea-gardeners) stuffed themselves sick on chowder for lunch. So, following the house’s guide, JB and I took an umbrella and went out looking for a nearby Thai restaurant.

Two problems with this. The restaurant was no longer in existence – a sad Thai legend. And secondly, the driving rain filled Haight with dozens of tramps, bums, junkies and runaways. JB and I went up and down the drag, even calling my sister for an exact address. Hacking wreckage cramped in doorways. Raving lunatics screamed into the rain. It was like walking through a live shot of Blade Runner. Finally JB and I decided to just head home – going five blocks through this artistic and eclectic tenderloin district after all the shops closed didn’t seem like a good idea.

At the time of this writing, we’re waiting for a pizza to be brought in. So, that wet day is behind us.