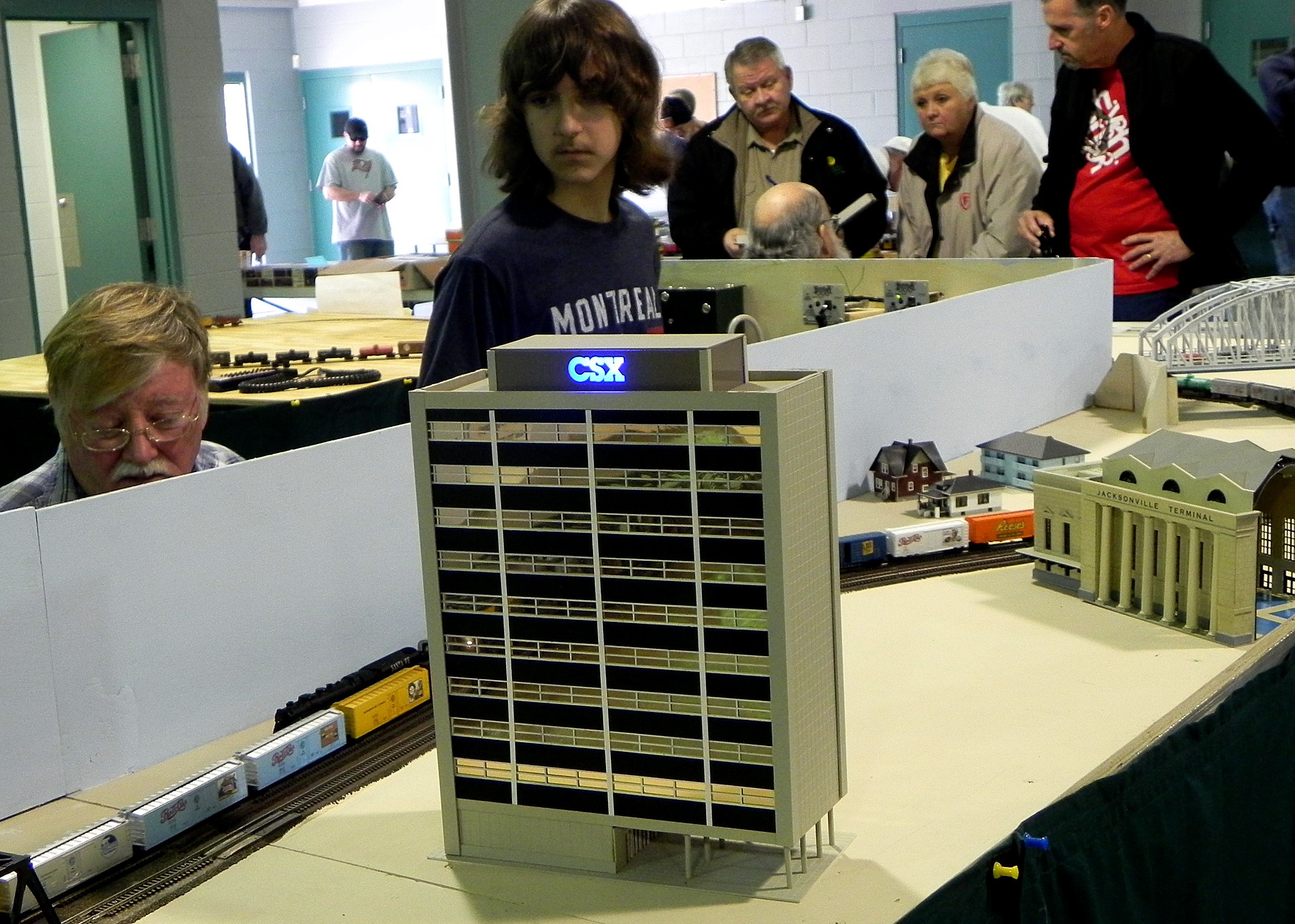 We had a disaster of train show a year back. We have an aging set of interchangeable modules which formed a looped three-track mainline. The scenery ranged from beaten to aged. The wiring looked like something on a telephone pole in post-war Italy. The trackwork was rocky. And it get into the crew area, you had to get on your knees on a cold concrete floor and crawl in.

So, that disaster of a show – for setup nothing worked right; non-stop repairs, fixing this, grunting with that. It took us something like 12 hours to build the basic layout. By the time we were done, everyone was cranky. The next day, as crews ran their way through the tired, roach-eaten scenery, they groused about what sorts of traveling layout they would like to someday have. Well, gripes became ideas, ideas became plans, and plans became real. 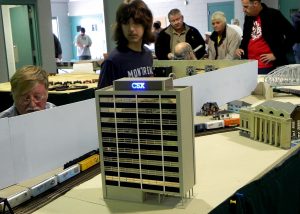 We now have a folded-dogbone L-shaped layout (when done, it will be U-shaped so no duckunder). The mainline is signaled, meaning you don’t watch for cabooses, you read your signal like a real engineer as you follow your train. The turnouts all throw with little magnetic brakemen (put them on a special spot and the turnout throws automatically. Take it away and it centers back). And best of all, its constructed with aluminum framework, pin-aligned, with tracks carefully placed to butt up with no connecting-track fussage.

The scenery for Jacksonville is becoming real now, the famous lift bridge, the CSX building, the Jacksonville terminal, the I-95 bridge and the slums. How nice to set up in just over an hour (most of that because of an electrical board burning out). How nice to see trains meandering through scenes, passing each other on a double-tracked main. How enjoyable to see the club having fun again.

How great it all worked!

My club has something to be proud of.