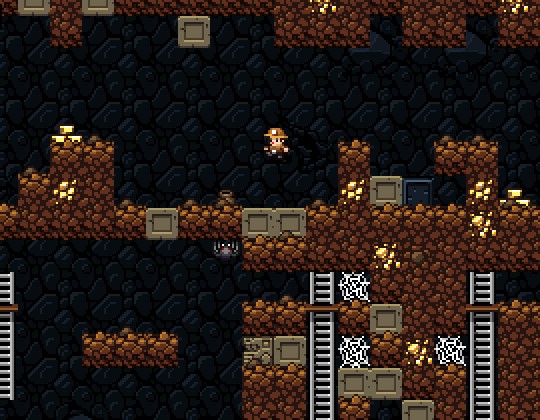 I just read Hull Zero Three, where a crewmember of a massive disabled colony ship finds out he’s been “spawned” thousands of times to attempt to right things. When he finds a pile of his own shattered bodies, it hits home. He’s died and died and died.

I’ve been playing Spelunky, a wonderful platform game (which randomizes, and which you can get free HERE). It’s just great. Your little man jumps, falls, bomb-tosses and dashes his way down through dangerous subterranean levels, attempting to get to the final idol of gold (I’ve gotten there many times, and been killed every time). But that’s not the point – the point is the game’s openness – it’s always different and you can play it any way you want. Don’t want to haul a damsel all the way to the exit? Sacrifice her to Kali. Don’t want to pay a shopkeeper? Blast him with a shotgun. Don’t want to have to travois a dangerous section? Bomb the floor or pick-axe a hole. But keep moving, otherwise a ghost might get you. 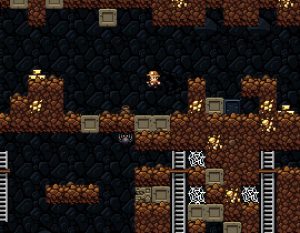 I started realizing I had a bit of a Spelunky dependency when my computer crashed last fall and I lost my game statistics, including the 2500 player deaths I’d suffered. And now I’m up to 400 or so. Like that poor colonist, I keep finding dead Spelunkys, impaled on spikes, ripped up by vampire bats, plunging into a bottomless pit, or burned alive by a lavaman.

It’s got to be, in part, the pressures of getting Early ReTyrement done, the frustrations of detailing this round of editing failures (a nightly occurrence for six weeks with the original assembler). And there is the Kindle version, gnawing at me with the crazy linking and cumbersome assembly tools available. Add to this concerns as to my parents health, my train club’s finances, my new manager, all the things that are pressuring me from all sides, and hey, maybe being a Spelunky is a good thing. At least there, I can throw flares at snakes, toss cavemen into man-eating plants, and watch myself slip off an icy ledge and plunge to my death.

And least, when threatened in Spelunky, I can hold down the shift key and run really, really fast…