It’s no exaggeration that the Dutch are a nation of cyclists. There are more bikes than cars in the city of Amsterdam. The bikes have their own roads, own signals, and are pretty much equals with cars in all cases. It’s the way we should be.

Regardless, I’ve noticed two things about Dutch cyclists that I’ve brought home to the states with me. The first, their beat. No, not their music – the cadence they cycle with.

Me, when I ride to work (God knows when that will be, what with JB and her broken arm, and being the house slave) I really push it. That’s the American thing, right? Fast, faster, fastest. That’s why will will pay $75 for carbon cup holders (no shit – saw this at a local bike shop) and ride bikes that are impractical in every way but for speed.

(Conversely, there is that dying breed, the Mountain Bike, which is used to plow up natural areas, rush through nature as fast and with as much style as possible, and for doing high-flying, back-breaking stunts)

But in Amsterdam, they use their bikes as tools. Maybe of the bikes are battered and worn, showing that day-to-day usage ours don’t have. Furthermore, nobody is riding in dressed like gay flamingos – they wear their street clothing. I saw a woman with six-inch heels riding in. All of our guides (who met us at the dock) rode in. So how can they do this, when I can’t even get into work in fall without needing a shower?

It’s that Dutch Beat I mentioned, that slow pace that eats up distance at a fractional energy burn, a methodical peddle that gets you from point A to B without a lot of effort. Today I tried this – I needed to go to the post office and drop off a letter, two miles away. It was noon in Florida, not the best time to ride. But I went out in my street clothing and kept my pace moderate, pushing easy and breezy. And you know what – it worked. I’m a little sweaty (had to wait on the hot pavement for two lights because of bumbling cars), but it made for an even better commuting experience.

The second thing I mention in passing is Dutch signaling. Unlike the American version (used by virtually nobody), to signal left, you point that way. To signal right, you raise your left hand and point to the sky. This does nothing but confuse motorists and serves no good. But in Amsterdam, they naturally signal the right turns with the right hand, just a simple gesture where they want to go. I’ve taken to it – after all, I’m a serious commuter cyclist. It’s actually a whole lot easier on the joints (especially when you are leaning forward). And it doesn’t confuse motorists, who have enough on their minds (besides driving).

You might want to try this techniques in your rides. You’ll find your bike more practical and far more enjoyable.

>>>MORE ON MY BOOKS, AVAILABLE IN ALL FORMS AND FORMATS, HERE<<< 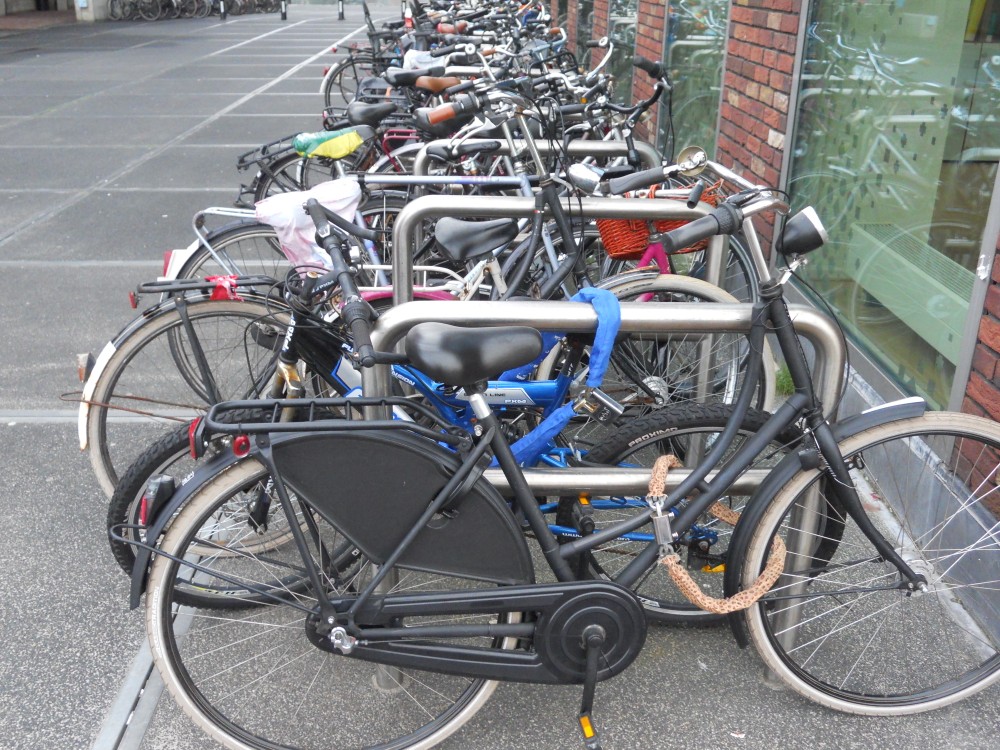