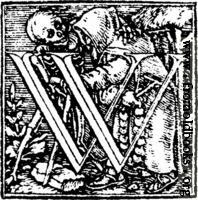 as watching an Indian movie (not a Bollywood movie – there is a difference, I found out) the other day with the wife. In it, some young guys break a father’s wide-screen TV. They manage to replace it (with circumstances too weird to convey here). Once the TV is in, they take the old TV up several flights of stairs and out onto a lower roof, where (one, two, three and away) they throw it up to a roof another flight up. Evidence is hidden. They are safe.

Some time later in this movie, another plotline, a darker and more dire one, is resolving. A wife has been cheating on her husband but her lover dies in their bed. Eventually her husband gets involved, and there are a number of scenes with them driving around in the dead guy’s car (with the dead guy propped up in the back), arguing about their crumbling marriage and what they’ll do with the corpse. Yet in the moment they are about to dispose of it, they get a call. Someone is watching them, someone who’s been tailing them. They are forced to meet this person (a corrupt police officer, no less) in a run down factory. He tells them he’ll keep their secret (and even help them dispose of the body). BUT the wife has to sleep with him. The husband is not happy but agrees to it – better than seven years in an Indian jail. The wife looks at him – “Two hours ago, you were chastising me for having an affair? And now you want me  to have another one?” But both agree, the wife tearful and shaking (because this cop is nasty and crude and nobody you’d want to have sex with). He handcuffs the husband to the car and then tells the wife to sit in the corner of the factory room. He positions a camera (joking with the husband that he’ll show him the video once he’s through). He starts to peel. He starts advancing on the tearfully kneeling wife. He’s ten feet tall and she’s a terrified doe. The husband is screaming, No! Don’t Do this! Another step forward. Another. Her face is white with terror.

And then a big wide-screen TV falls through a hole in the ceiling and mashes the cop’s head in.

I was relating this story and someone said, “Ah, a brick joke.” Turns out a brick joke is a storytelling technique where an action is made (or an item discarded) early in the story, but then shows up unexpectedly at some later point. A short term brick joke would be if someone tried to mug someone throwing a boomerang in a park, only to get hit in the back of the head with the same hunting tool.

The more I thought of this, the more I liked it. Brick jokes can be used easily in literature. For instance, the Count of Monte Cristo is a bit of a brick joke – he’s a prisoner who is locked away and presumed dead, yet years later he returns on a mission of vengeance on those who wronged him. Considering this, you’ll need to be very clever with any brick jokes you include – the initial setup needs to be just strange enough for the reader to remember (but not so strange or off-the-beaten-storyline that he suspects something (or, worse, thinks you’re a bad writer)). It needs to be just part of the background, the unlikely item that can be used in a critical moment, the quiet background character who suddenly is crucial to success, the hint of an event that swells up around your plot. But, if done right when you are doing your writes, it can add a nifty little wrinkle in your story and make it stand out.

>>>THIS IS ACTUALLY A REQUEST TO CHECK OUT MY BOOKS FROM AN EARLIER COLUMN. BUT HEY, GO BUY ONE!<<<