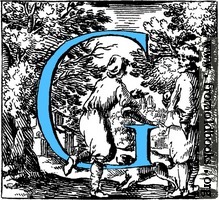 od, I wish I’d had this book before programming TUSK tower, my computer-driven interlocking tower on my Tuscarora Branch Line railroad.

More on that in a bit.

So, Interlocking Towers are those control-tower-looking-structures you used to see along railroad lines. They came about because sending crews scrambling about in the middle of the night, in the rain, to align a route for the express sometimes ended up with hard feelings and smoldering causalities. Interlocking Towers were the computers of their era (from the 1880s to the 1960s). The operator, standing in his high perch, would use long levers to set signals and switches along his area of control (his interlocking plant). But the true beauty of the system was that incorrect (or fatal) routes would lock out. Set an eastbound signal on track one and the westbound signal on the same track would lock out (meaning the lever wouldn’t throw). This made sure that only correct routing could be entered. And it’s fascinating, since the steam-punky mechanisms that allowed this to happen filled the bottom floor of the tower (actually, the machines were placed first, then the towers constructed around them). Absolutely amazing.

So, when a friend passed away and his widow asked us to carry away his book collection, I was stunned when someone pointed this one out – it is the full details from one Stephen A. McEvoy on how his tower (S.S. 44 “Berk” along the busy mainline between New York and New Haven) actually worked. He goes down to the literal nuts and bolts, describing everything about its operation.

And that’s the rub – I have an interlocking that I built using long toggle switches and circuit boards. Unfortunately, for the little devices known as facing point locks (which I added as a strictly software aspect) I actually got them backwards. When I read his clear statement on how they worked, lever-wise, I dug through other reference material and carefully reading the tower-wall manipulation charts in old photographs (and watching a YouTube video on another tower being operated), I realized I did have my lever throws for the locks backwards. Alas. So I’m going to try to override the software (and if that doesn’t work, God give me the grace to accept it). So we’ll see.

But that aside, The Classic Railway Signal Tower is a wonderful reference book, not only for railfans but for students of technology and fans of steampunk. After all, the latter group dreams of this sort of levered-interlocking-megamachines and here it is, to study and enjoy.

Great book. If only I’d known about it two years sooner.

>>>DON’T RISK THAT WITH MY BOOKS ON ANCIENT HISTORY. YOU CAN FIND MY NOVELS DOWN THIS LINK<<<