omics. Love ’em. And Transmetropolitan is why I love them. Yeah, some of them are superhero yarns, the same as they were for eighty years. But sometime they push the boundaries forward.

Transmetropolitan is one of these. In ways, it reminded me a lot of American Flagg (review to follow next week – yeah, Transmet got me to read all those old back issues). Across ten collected compilations (I was missing #2, but that’s a minor blip), we see a dark story unfold, one that watches a corruptly evil man (yet with a seemingly good heart deep down) make an impact in a city he hates, for the good of all. 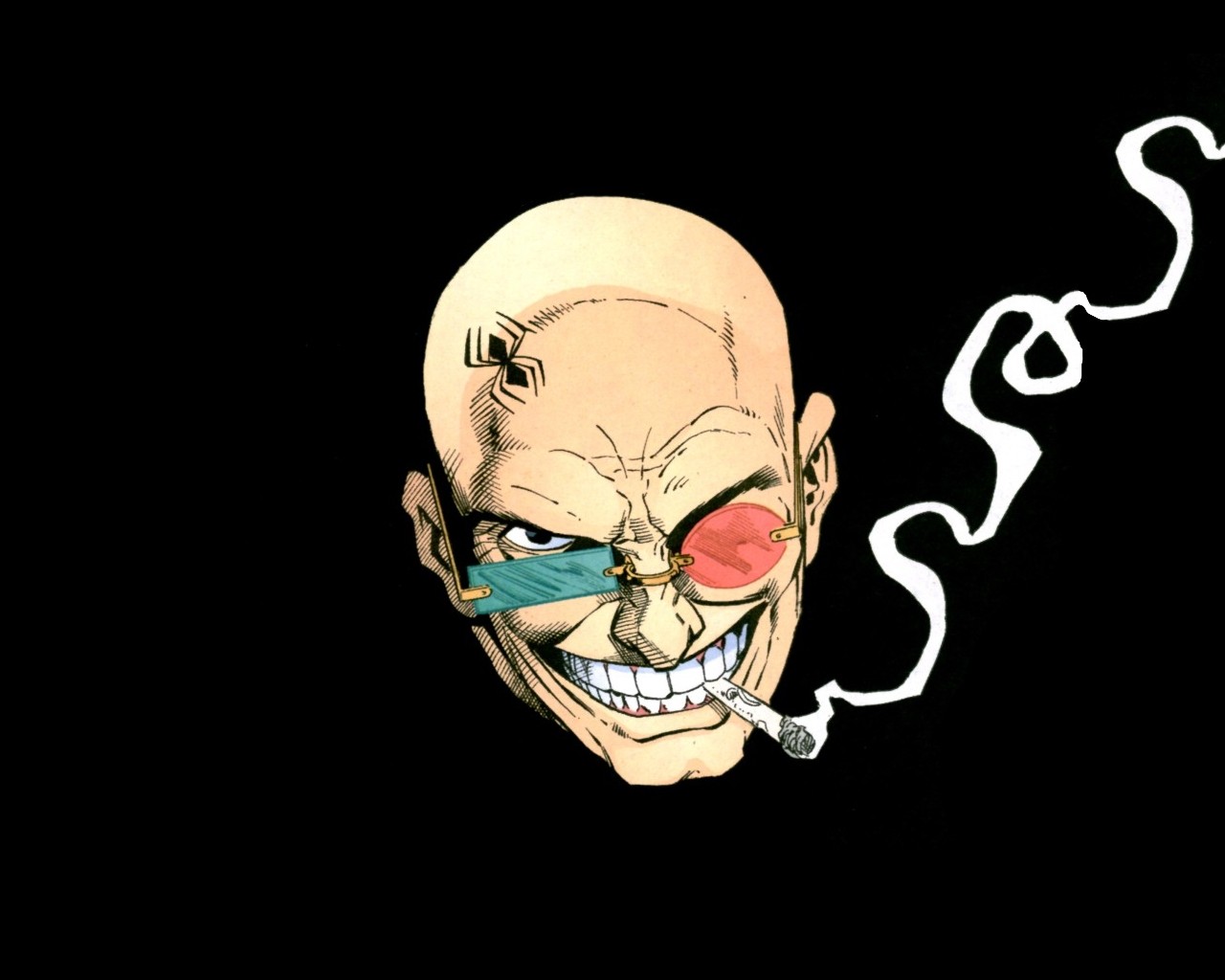 So the main character is Spider Jerusalem, a hairy fellow who’d make his claim to fame with a book five years in the past. Now atop his mountain, surrounded by security systems (including the skulls of editors) he has it made. That is, until one editor calls him on two books he owes. And thus Spider finds himself having to descend into the city, the cesspool he loathes, to crank out two books and (hopefully) return to his nirvana. But as he begins to cover the various factions of the city (seemingly some sprawl of New York and other metropolitan areas) he finds himself getting involved with politics. And that leads him down a dark path to sinister motives; assassinations, mass killings, the black place were corrupted absolute power dwells.

It takes a while to settle into the story (as it does for the various plotlines to gel). At first I wasn’t sure if this was a tribute to Hunter Thompson or just an exercise in random obscenity (Spider has a two-faced cat that is simply grotesque) or whatever. Once or twice I nearly put it down. But gradually something resembling a story began to firm up, something that seemed to draw it all together.

As mentioned, it reminded me a lot of American Flagg (to be reviewed next week), with the over-mediaed atmosphere, a society swimming in pornography, guns and violence, where life is cheap and dystrophia is a day-to-day thing. But where Flagg came right out of the box establishing characters and relationships (which it would later alter cleverly), Transmetropolitan groped about a while. And one thing that really bugged me – of course there is a university where the cops show up, there is an altercation, and the ranks open fire. Fine. But I was a little taken aback by their taking the famous Kent State picture and re-drawing it to their needs. That seemed like a quick grab at using an existing cultural meme to carry the horror of the moment – I thought it was lazy. You’ve got your own world. Make it work yourself.

But overall, it was fun and quirky and a little sad at the end. So, yes, if you don’t mind reading something that will throw muck into your eyeballs and challenge any ethics you have, check out this strip. I actually really liked it. But I’m an old guy – gotta say I prefer it’s daddy piece, Flagg, just a little bit more.

But yeah, check it out.

>>>HARD TO COMPARE A TIME TRAVEL STORY LIKE EARLY RETYREMENT TO SOMETHING THIS GRITTY. IF YOU ARE LOOKING FOR MORE OPEN-ENDED ADVENTURES, CHECK OUT MY OWN BOOK, RIGHT DOWN THIS LINK!<<<