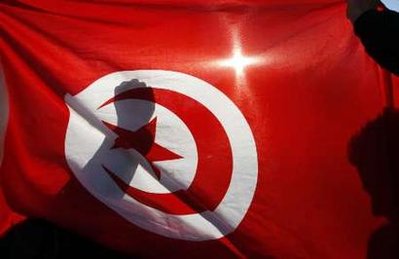 I have to admit that I am a Tunisiaophile. I love Tunisia. We toured the country years ago (partially in research for Fire and Bronze (as this was where Carthage was)). It was here I tried goat-milk cheese on marketplace bread for the first time. And dates, at a small stand in the middle of a causeway amid a great salt marsh. First camel ride.

It is a beautiful country. The haunting echo of the call to prayer. The spitting of rain out of a near-cloudless sky in the Sahara. The majestic Roman ruins. The rolling hills along the Atlas mountains. And the people, so friendly.

I was aware of their ruler, President Zine El Abidine Ben Ali, the president for life (who looked a bit like the Count from Sesame Street). I’d heard that he was a benevolent (to a point) dictator. About my only brush with him was when we visited the Roman bathhouse ruins along the Tunis seashore and were told not to take pictures in the direction of the presidential palace (no foolin’). Otherwise the country seemed to work. They were progressive and unlike their neighbors east and west, Tunisia had gone after the tourist trade, becoming the Daytona Beach of Europe. The Arabic Limbaugh-ish radiocast the guide and driver listened to in the car turned out to be not politics but soccer. But nobody brought up poltics, not the guide we still exchange holiday cards with, the dyemaker on Facebook I knew; it never came up.

But it seems there was dissatisfaction.

So Ben Ali is out, whisked away by the House of Saud, and the people struggle to find democracy on their own. I wish them well and hope they succeed. Unlike Iraq (where we gave it to them looped up with a bow) they are finding their freedom the same way we did, in the streets, in the gunsights, enmass.